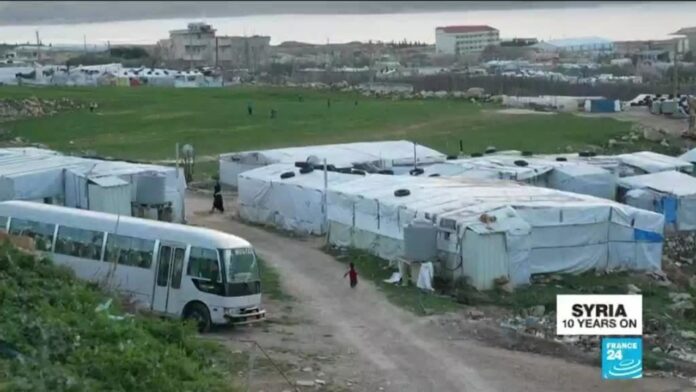 Since the beginning of Syria’s decades-long conflict, some 1.5 million refugees have fled to neighboring Lebanon, many of them sheltered in camps along the border. FRANCE 24’s journalists traveled to a village in the Bekaa Valley, where the population has doubled as a result of the influx of refugees.

In the village of Qaroun, as in other parts of Bekaa, refugees were welcomed with open arms when war broke out across the border a decade ago. Landowners offered their fields to build camps for the displaced, whose numbers now match the local population.

Ten years later, their continued presence is fueling tensions with the local population, battered by Lebanon’s crippling economic crisis. While Syrian refugees are helping to strengthen the local economy, some Lebanese say they are now poorer than they have welcomed.

Click the player above to view the report by James André and Mayssa Awad from FRANCE 24.