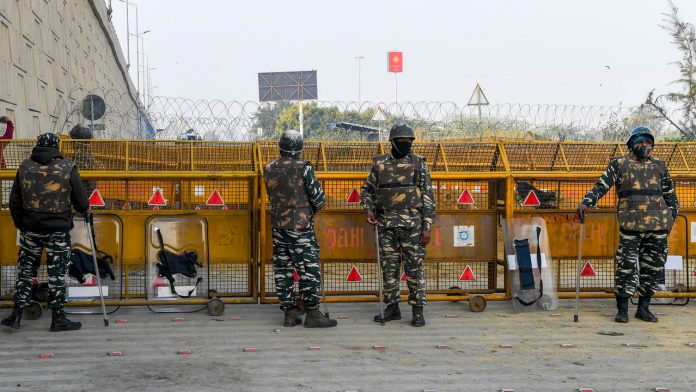 Tens of thousands of police deployed across India on Saturday in an attempt to stifle threatened new protests from farmers fighting the government’s agricultural reforms.

Ten subway stations were closed in central New Delhi – where a tractor assembly turned into a violent riot last month – and thousands of police manned barricades and barricades at important intersections.

The farmers’ unions demanded protest blocks across the country during the last day of action. The media reported that isolated farmers and their supporters occupied roads and tolls in several states but no problems.

Tens of thousands of farmers have been camping on the outskirts of Delhi since November, calling for the repeal of the reforms that free up the markets for agricultural products.

Farmers say the changes mean that the crucial agricultural industry will be taken over by large conglomerates.

Following the unrest in the capital on January 26, the farmers’ union had promised that any new action would be peaceful.

Outside Delhi, major police operations were ordered in the main farm states of Uttar Pradesh, Haryana and Punjab.

“There is an adequate deployment of power in sensitive areas” around Delhi, Uttar Pradesh police spokesman Atul Srivastava told AFP. “We will make sure there is no law and order.”