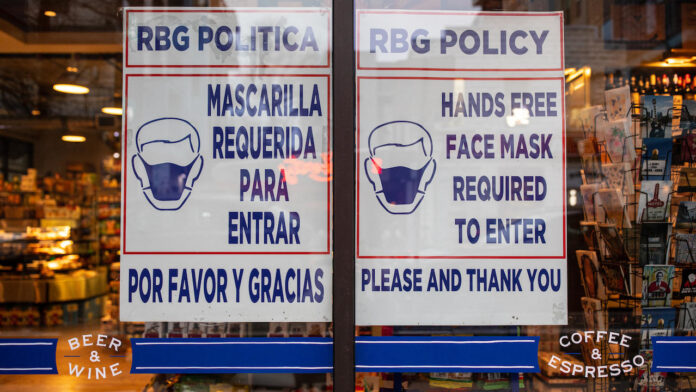 Texas ended a state masking mandate and occupancy restrictions were lifted on Wednesday, a move that some called freedom and others foolishness.

On paper, Texas’ return of coronavirus-reducing efforts is the most sweeping seen in the United States, along with a similar move in Mississippi. In practice, large strings in Texas have rarely carried out masking or coating mandates in the past year, however.

Several major retailers, grocery and restaurant chains in Texas said they would still require masks to be worn in their stores, which according to Governor Greg Abbott’s order of relaxing restrictions is their right.

Texas was one of the first states to reopen its economy after the first wave of pandemics in May last year, and the country’s second most populous state led the way again last week when Abbott, a Republican, announced the relaxation of declines in the new daily COVID -19 cases and with the roll-out of vaccines.

As of Sunday, 18% of the U.S. population had received at least one dose of a vaccine, according to the Centers for Disease Control.

County officials in regions where COVID-19 patients take up 15% or more of hospital beds for seven days in a row can adopt new masking and occupancy restrictions, according to Abbott’s order, but no regions are currently in that situation.

Austin City Council voted to still demand masks, although it did not specify how it would be implemented. Council members openly dared government officials to sue the city.

“In Austin, we are committed to saving lives,” City Councilman Greg Casar wrote on Twitter.

BURGLARY: Austin still requires legal masks in our community, through our health care authorities. If government officials do not want to do their jobs in this pandemic, we will do it ourselves.

In Austin, we are committed to saving lives. Period. #MaskUpATX 😷

The Attorney General’s Office in Texas wrote on its Twitter account that it “looked at all available avenues” to take on Austin.

The Texas Department of Education’s guidance for public schools is for continued use of masks, while nursing homes in the state will not loosen the restrictions.

The Dallas Jewish Conservatives organization plans to host a party on Wednesday night with about 200 people. It will be a moment of silence for the dead of the pandemic, refreshments for the guests and a bonfire where people are encouraged to throw on masks.

“It’s about freedom, liberty and personal responsibility,” said Benjie Gershon, founder of the group. “The act of throwing a worm into the trunk … is in no way intended to diminish or undermine the tragic number of individuals who have become ill with COVID.”

In conservative West Texas, masks have largely been considered an unpleasant, government-imposed burden.

But Jaqueline Liri, a waitress at the Raider Burrito in Lubbock, said she and other employees have talked about it and that they all want to continue wearing masks. They also hoped that customers would do it.

“The virus is still there,” she said. “We still have to worry.”

Over at the Taqueria y Panaderia Guadalajara restaurant in Lubbock, manager Alejandro Olivares said the staff would remain masked, but he would leave it up to customers to make their own choice.

“I trust people to make the best choices for their own health,” he said.