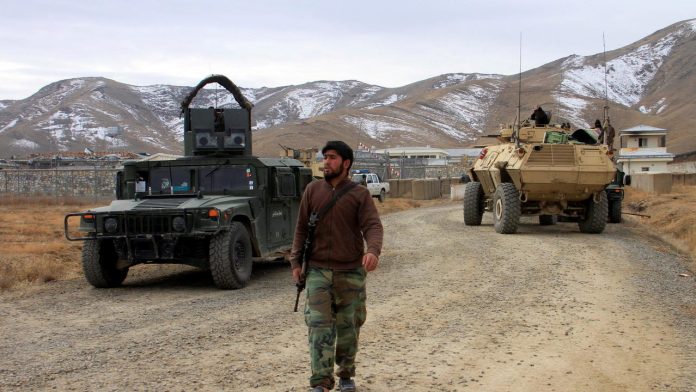 Afghan forces have killed the Taliban’s brain in a suicide bombing that left at least 30 security personnel dead, officials said on Monday.

Hamza Waziristani was killed in an overnight airstrike in the eastern province of Ghazni where the bomber struck an Afghan military base on Sunday.

“The mastermind behind yesterday’s terrorist attack on the (Ghazni) base was killed along with seven other terrorists,” the Defense Ministry said in a statement.

Ministry spokesman Fawad Aman told AFP that Waziristani was a Taliban militant from the Pakistani border region of Waziristan.

The attack was one of the deadliest in several months targeting government forces in Afghanistan, where violence has escalated since peace talks began between President Ashraf Ghani’s administration and the Taliban in Qatar.

No group has claimed the attack.

The Taliban often do not comment on deadly attacks they are accused of carrying out.

Insurgents have launched almost daily attacks on Afghan forces, mainly in rural areas, since signing an agreement with Washington in February that paved the way for the withdrawal of foreign troops in May 2021.

Ghazni health officials said 30 people were killed in Sunday’s attack, but the Defense Ministry – which is known for lowering tolls in attacks on its forces – said 10 were killed.

Violence has also increased in Kabul in recent weeks, with more than 50 people killed in two abuses at training centers and a rocket attack.

The three Kabul attacks were claimed by the Islamic State group, but Afghan officials blamed the Taliban – who denied any involvement.