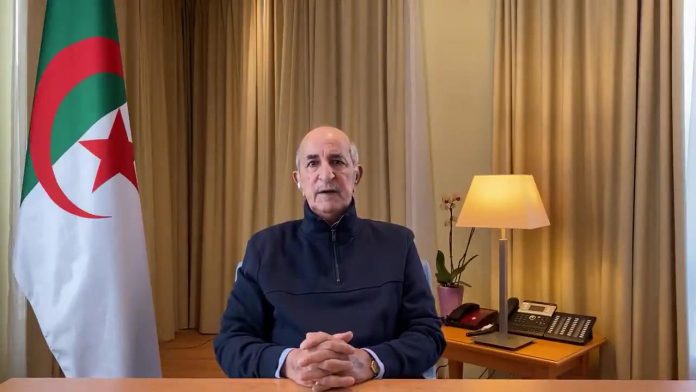 Algerian President Abelmadjid Tebboune has called for early legislative elections on June 12, the presidency said on Thursday, after announcing the dissolution of the lower house of parliament last month.

The vote is part of the political reforms Tebboune promised after mass protests that forced his predecessor, Abelaziz Bouteflika, to resign in 2019 after two decades in power.

In November last year, Algeria voted in favor of amending the constitution, which gave the prime minister and parliament greater powers, despite low turnout.

Bouteflika’s allies had an overwhelming majority in the dissolved lower house, which was elected in May 2017 for five years.

In the December 2019 election, Tebboune has promised to implement political and economic changes in an attempt to stop the protest movement that demanded the resignation of the entire ruling elite.

Last month, he ordered the release of 59 prisoners from the protest movement known as Hirak in a blatant attempt to stop the protests that first broke out on February 22, 2019.

But demonstrations resumed three weeks ago after a halt caused by a coronavirus deadlock imposed by the government in March 2020.

In another attempt to satisfy protesters, the Algerian government ended a new ballot on Sunday aimed at curbing corruption and giving voters more choice.

The most recent election, 2017, was marred by economic scandals that eventually sent several top officials to jail.

Hirak’s protest movement ousted Tebboune’s predecessors in 2019 after 20 years in power, but activists say the changes so far in Algeria’s opaque, military-dominated power structure have only been cosmetic.