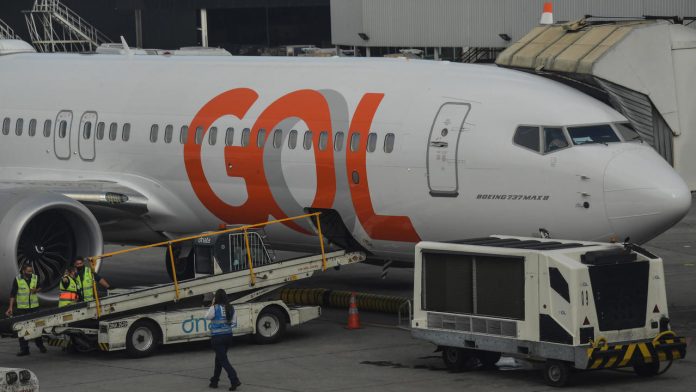 More than 20 months after it was grounded after two fatal crashes, Boeing’s 737 MAX returned to the sky on Wednesday with a commercial flight in Brazil, AFP journalists on board say.

The low-cost airline Gol’s Flight 4104 from Sao Paulo to the southern city of Porto Alegre started with the renewed jet in a first that Boeing hopes will turn the page to a seriously damaging crisis in the wake of the twin crashes.

Most passengers on board the 88 percent booked and the 90-minute flight noted a bit the model number that was painted on the nose of the flight and Gol made no fanfare at the moment.

“Good to know,” said one passenger when the AFP journalist was told that the flight would be the first to use the 737 MAX since its worldwide grounding in March 2019.

“If it’s here, it must mean it’s safe, right?” said the man, who asked that his name not be used.

The pilot – one of 140 on Gol who received special updated training in the US on the refurbished jet – blinked his thumb up from the cockpit window when passengers boarded the plane.

Gol, the first company to resume commercial flights with the now-refurbished jet, said it was confident in the safety upgrades and the extended pilot training conducted by Boeing as part of the aviation regulators’ conditions for certifying the plane.

“Over the past 20 months, we have conducted the most intensive safety review in the history of commercial aviation,” said Gol’s Vice President of Operations, Celso Ferrer, in a statement.

A spokesman for Gol told AFP that all passengers who did not feel comfortable flying on the 737 MAX would be able to relocate free of charge for up to 12 months from the date of purchase.

“Exceptional situations will be evaluated on a case-by-case basis,” he said in an email.

Gol, the largest domestic airline in Brazil, said it was expected to have its full fleet of seven 737 MAX aircraft back in the air by the end of the year.

The airline has also confirmed 95 fixed orders of 737 MAX with Boeing, in addition to 20 more that are already in the US and waiting for delivery.

MAX was founded in March 2019 after two accidents that together killed 346 people.

The fallout from Lion Air and the Ethiopian Airlines crashes in 2018 plunged Boeing into crisis.

Investigators identified a major cause of both crashes as a faulty flight handling system known as the Maneuvering Characteristics System or MCAS.

Intended to keep the planet from stopping when it rises, the automatic system instead forced the planet’s nose down.

On November 18, it approved that the plane would return to service after the upgrades were completed.

They are the only two aviation regulators that have so far turned green.

The crew of the Gol flight told AFP that they were moved to be involved in such an important moment for the aviation industry, which has not only been hit by the Boeing crisis but by the upheaval of the coronavirus pandemic.

Gol, however, adhered strictly to the routine procedure on board the plane and went through the protocol before the flight without mentioning the remarkable occasion.

Passengers, all wearing face masks, did not seem to notice when the captain mentioned the model number of the aircraft.

During these turbulent times of global travel, however, there was still a moment of magic for at least one passenger.

“We are in heaven!” cried a small child as the beam started.