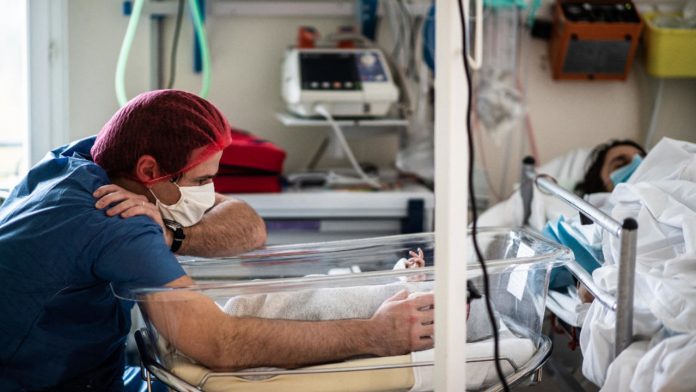 The number of children born in France in January decreased by 13 percent, the largest decrease in 45 years that statistics on Thursday linked to the coronavirus pandemic.

The National Statistics Office INSEE said that “the context of a health crisis and enormous insecurity may have discouraged couples from reproducing or urged them to postpone their parenting project for several months”.

“Considerations regarding the possible transmission of the virus from mother to newborn may also have played a role,” added INSEE.

In 2020, the number of births in France dropped to the lowest level since World War II, with 735,000 children born.

>> The baby boom that never was: France sees sharp decline in “lockdown children”

Insee stated that part of the decline was obviously not related to the pandemic, given that most of the children born in 2020 became pregnant before Covid-19 began to spread around the world in early 2020.

“But the fact that the decline in January 2021 is the strongest since the end of the baby boom and that it followed an already marked decline in December 2020 leaves little doubt about the important role that the pandemic context plays,” it says.

The coming months will show whether the decline in births recorded in December and January was an “isolated phenomenon at the beginning of the pandemic” or “the beginning of a more sustainable trend”, the agency said.