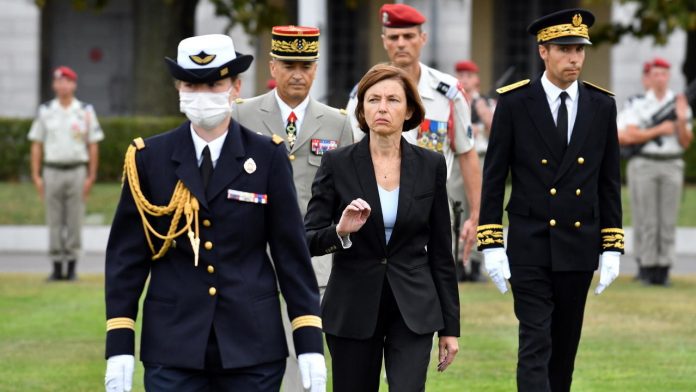 France on Friday announced the killing of Bah Ag Moussa, a top commander of an al-Qaeda-linked militant group, during an operation in northeastern Mali. Ag Moussa was reportedly responsible for several attacks on Malian and international forces in recent years. But what are the consequences of his death for the security situation on the ground and for France’s diplomatic relations with Mali’s transitional authorities?

The announcement of the assassination of Bah Ag Moussa, described as the military commander of the Islamic and Muslim Support Group (GSIM), French Defense Minister Florence Parly called it on Friday “a great success in the fight against terrorism”.

A former officer in Malia’s armed forces, Ag Moussa – also known as Bamoussa Diarra – later took part in the Tuareg uprising in the 1990s and early 2000s before becoming a jihadist militant. A close associate of Iyad Ag Ghali – the leader of Mali’s most prominent armed group, Jama’at Nusrat al-Islam wal-Muslimin (JNIM) – Ag Moussa was on US and UN terrorist lists.

Ag Moussa was killed on Tuesday in an operation involving ground forces and helicopters about 100 kilometers from the town of Menaka in eastern Mali, according to the French army.

But his death was announced on Friday, the fifth anniversary of the terrorist attacks in Paris on November 13, 2015 that killed 130 people. The killing of the great al-Qaeda-linked militant has been hailed as a major boost to the thousands of French Barkhane forces that have plagued the Sahel region of Africa for more than half a decade in a fierce battle against several jihadist groups who often also fight each other.

It came just over a month after the Malian government released about 200 jihadist prisoners in an agreement to secure the release of former Malian Prime Minister Soumaila Cissé and French aid worker Sophie Pétronin, both of whom were abducted by jihadist groups in Mali.

During the summer, the poor, submitted West African nation experienced another coup amid growing dissatisfaction with the government’s handling of the security situation.

A transitional government, led by military personnel, was later established. But tensions between France and Mali have risen amid major political differences over how to tackle the endemic jihadist violence of the former French colony. French troops have been involved in military operations since January 2013, following the fall of northern Mali to jihadist control.

In the midst of a growing anti-French sentiment in the country, Malian authorities and community leaders have advocated dialogue with the militants. But France has made a distinction between participating in armed groups that have signed peace agreements and “terrorist groups”.

Can Ag Moussa’s death change the security situation for the Barkhane force? What does this operation reveal about the relations between France and the Malian transitional government? Jowharasked these questions to Caroline Roussy, a researcher at the French Institute for International and Strategic Affairs (IRIS).

FRANCE 24: In June, France announced the death of Abdelmalek Droukdel, leader of al Qaeda in the Islamic Maghreb (AQIM). Can the death of Bah Ag Moussa change the security situation in the Sahel?

Caroline Roussy: It is a blow to GSIM, especially after the pictures shown on social media, of the meeting with the 200 jihadists who were released in exchange for four hostages, including French Sophie Pétronin and Soumaïla Cissé, a leading political figure in Malia.

These images represented a slap in the face to France, although there was every reason to rejoice at the release of the hostages. The goal of the military operations, which have increased since October 30, seems to be to gather troops from the Barkhane force after the unrest caused by the release of these hundreds of jihadists.

A trained soldier, Bah Ag Moussa, had strategic insight and knowledge of the terrain. The question is whether he had trained successors and whether others of his caliber could replace him. The death of this leader is therefore significant, but in the medium and long term I do not think this will change the situation on the ground because French troops will have to face an enemy whose contours are becoming increasingly blurred.

Local peoples have joined these armed groups for a number of reasons: opportunism, desperation or the state’s failure to protect them. The key question is: who is the enemy in Mali today? In addition to the increasing complexity of the situation and the domestic dynamics of the threat – which often has little to do with religious motives – the enemy appointed since [January 2020] The Pau summit in the G5 Sahel was the Islamic State in the Greater Sahara (IS-GS).

But from now on, special and renewed attention will be paid to GSIM, which, after recovering 200 men, according to various sources, received a redemption of 30 million euros.

Q24: Mali’s transitional minister, Moctar Ouane, had defended “the need for an offer of dialogue with (jihadist) armed groups” within an “inclusive national dialogue”. This new strike shows that France seems to favor a military alternative …

CR: Yes, it shows deep divisions between Paris and Bamako over whether to negotiate with the jihadists or not. Paris does not agree with the transitional government but also with what the Malians have expressed. In 2017, a national agreement conference was held and in 2019 an inclusive national dialogue, and each time the Malian people expressed support for dialogue with the jihadists, in particular Iyad Ag Ghaly, head of GSIM, and Amadou Koufa.

There is a widening gap between Paris and Bamako. It is extremely difficult for France to go in this direction given the efforts made since 2013. At the moment, the choice is to choose a dynamic of attacks in the military field. This raises the question of the future of relations between France and the new Malian government. Will they be able to find common ground or has a line gone through?

Q24: Bah Ag Moussa’s death was announced on November 13, the first anniversary of the deadly Paris attack. Is there any symbolism in this, or a way to justify the deployment of the Barkhane force?

CR: This is part of the political and state discourse. However, there have never been any signs that France is targeting Sahel attacks. When we talk about Mali, we use categories of analysis that are Western representations: jihadists, terrorists, Islamists … while the profile of the enemy is much more complex, nuanced and difficult to understand. When I return to the issue of 13 November, I understand that it may be an issue, but I see it as more of a coincidence given the public’s low interest in what is happening in the region.