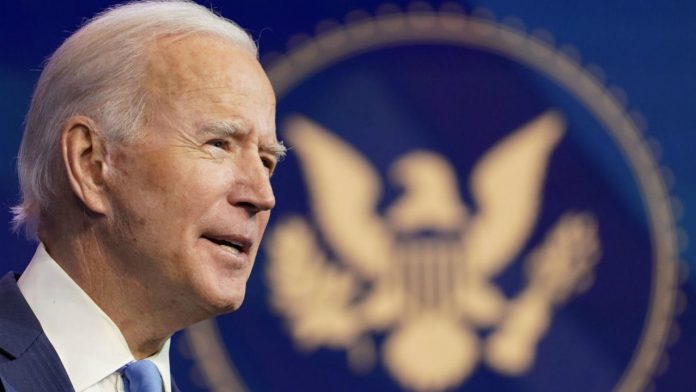 The 2020 US presidential election will almost officially end on Monday, December 14, when members of the Electoral College in all 50 states and Washington DC formally cast their votes to declare Joseph R. Biden Jr. the next president of the United States.

After an extended post-election period marked by a plethora of legal challenges launched by President Donald Trump’s team at both the state and federal levels, Joe Biden’s presidential win takes another step toward becoming official as each state plus the District of Colombia certifies its results on Monday.

American voters do not directly cast their ballots for president but rather, according to the Electoral College system, elect the voters who will then vote for the president. According to the US Constitution, these voters – a total of 538 – must meet to cast their votes “the first Monday after the second Wednesday in December next after their appointment” in the November presidential election.

All but two states, Maine and Nebraska, use a win-win system that requires the candidate who receives the most votes to cast all of the state’s votes for colleges. And while voters are not bound by federal law to vote for the winner of the popular vote, voters rarely choose another candidate – and such “unfaithful voters” have never changed the outcome of an election.

Each state officially certifies its results according to its own timelines. But last Tuesday, December 8, marked the deadline “Safe Harbor” – the date when results that have already been certified by states become final and must be accepted by Congress. Every state except Wisconsin (where several Trump polls are underway) met the Safe Harbor deadline, which occurs six days before voters meet.

At the end of the day on December 14, all 50 states and Washington DC are expected to have made their election results official and assigned Biden 306 votes and 232 to Trump.

Following the certification on December 14, the ballots will be sent to the Capitol. On January 6, Vice President Mike Pence will chair a congressional hearing to read out the certificates provided by voters to complete the vote. If no members of Congress oppose it in writing, the Senate certifies the election of the elected president and vice president.

But some Trump allies have indicated their intention to challenge the vote for the election. Both a member of the House and a Senate member would need to challenge a state’s voter – at that time, both Congresses would debate whether to accept the votes cast by the state’s voters.

For many, the elective school seems unnecessarily complicated. For others, its lack of direct representation makes elections less democratic and non-representative of the will of the people. Five times in the history of the United States – including 2000 and 2016 – the candidate who won the popular vote for president did not continue.

But excluding a final “Hail Mary” challenge from Republicans, December 14 is a final hurdle to certify the election, making it likely that Donald Trump’s time will end as expected at the dinner on January 20, 2021, when Biden swore as the United States: s 46th President.