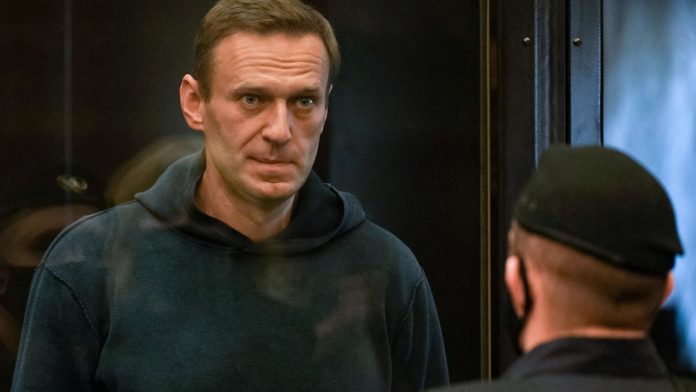 EU foreign ministers on Monday agreed to prepare sanctions against four senior Russian officials in a mainly symbolic response to the prison by Kremlin critic Alexei Navalny, according to EU diplomats.

The decision followed a meeting with ministers from the 27-nation bloc in Brussels that included an extensive video conference with the new US Secretary of State Antony Blinken.

The political agreement was reached after France, Germany, Poland and the Baltic states called on the bloc to send a message to President Vladimir Putin that debate and protest must be allowed in Russia.

Ministers asked Foreign Policy Chief Josep Borrell to complete the list of individuals to be targeted, but no oligarchs would be included, a senior diplomat told AFP.

The head of Russia’s investigative committee, which handles investigations into major crimes, the prison director, the director of Russia’s National Guard and the prosecutor were among the officials likely to be subjected to travel bans and asset freezes, a diplomat told Reuters. .

Despite Navalny’s closest aides to the EU targeting members of Russia’s business elite near Putin, EU governments have argued for targeting senior officials as such sanctions may better meet legal challenges.

Navalny was arrested after returning to Russia from Germany last month and was jailed on February 2 for violating the terms of what he says was a politically motivated conviction.

The Russian opposition figure had recovered in Germany after being poisoned with a military-grade nerve agent and has accused the Kremlin of trying to kill him, an indictment denies Moscow.

Russia accuses the EU of interfering in its affairs.

The EU decision came weeks after Russia expelled diplomats from Germany, Poland and Sweden during a visit by Borrell to Moscow.

Russia said diplomats were expelled for participating in “unauthorized demonstrations” in support of Navalny. But the deportation order, during a visit by the EU’s top diplomat, upset European leaders and triggered tit-for-tat measures in Germany, Poland and Sweden.