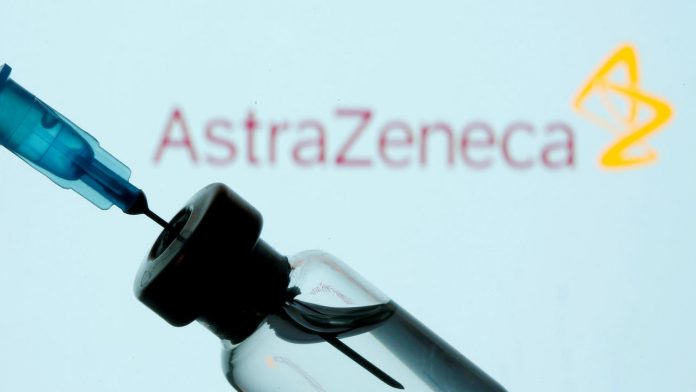 The European Commission on Friday approved the use of the Covid-19 vaccine by AstraZeneca in adults, the final step in allowing Europe to use it throughout the Union. It came under criticism that the bloc is not moving fast enough to vaccinate its population.

The Committee of Experts of the European Medicines Agency (EMA) unanimously recommended the vaccine to be used in people aged 18 and over, although concerns had been raised this week that there were insufficient data to prove its efficacy in the elderly, and some countries indicated that they may not have given to the elderly.

The shot is the third Covid-19 vaccine to be given the green light by the European Medicines Agency after those by Pfizer and Moderna.

I expect the company to deliver the 400 million doses as agreed. We will continue to do everything we can to secure vaccines for Europeans, our neighbors and partners around the world

With trials showing about 60 percent efficacy, the vaccine seems to offer less protection than those already approved, but experts have said that all vaccines with an efficacy rate of over 50 percent can help stop outbreaks.

There were not yet enough results for people over the age of 55 to determine how well the vaccine would work for this group, the EMA said. However, it is said that protection was expected and that the vaccine can be given to older people.

“With this third positive opinion, we have further expanded the arsenal of vaccines available to EU and EEA countries to fight the pandemic and protect its citizens,” said Emer Cooke, Executive Director of the EMA.

Europe urgently needs more shots to speed up its inoculation program with suppliers such as AstraZeneca and Pfizer having difficulty delivering the promised quantities for the first months of the year.

The AstraZeneca vaccine is administered via two injections into the arm, the second between four and 12 weeks after the first.

The German Vaccine Commission on Friday retained its advice against using AstraZeneca’s coronavirus vaccines in the elderly, despite the EU regulator’s decision to approve it for all adults in the block over 18 years of age.

“Due to currently available data, the Covid-19 vaccine is recommended by AstraZeneca only for people aged 18 to 64. The reason is that there are currently insufficient data on the efficacy of the vaccines in people over 65,” said the STIKO commission.

The EU Drug Watch said on Friday that it also expects Johnson & Johnson to submit an application for its coronavirus vaccine “shortly” after publishing “promising” results from a major trial.

“We have just heard some promising results from the Janssen vaccine, which we hope can be handed over to us soon,” the head of the European Medicines Agency Emer Cooke told a news conference, referring to Johnson & Johnson’s European subsidiary Janssen-Cilag.

“This is currently the subject of an ongoing review that precedes the formal application for marketing authorization,” Cooke said.

The more vaccines there are, the better, say the health authorities.

If a vaccine proves to be safe and effective against coronavirus, European health authorities must at least review its possible use, said Alain Fischer, an immunologist who coordinates France’s vaccination strategy, on Friday.

Fischer made comments on BFM-TV after he was asked about Hungary agreeing to buy doses of the Chinese company Sinopharm’s vaccine.

The approval of the AstraZenica vaccine comes amid tensions between the pharmaceutical manufacturer and the European Union, which agreed on Friday to publish a heavily edited version of their coronavirus vaccine agreement, which is at the heart of a dispute over how many shots the pharmaceutical company should supply the EU’s 27 nations.

The agreement, approved by the European Commission and the pharmaceutical manufacturer last year, allows EU member states to buy 300 million doses of the AstraZeneca vaccine, with the possibility of an additional 100 million doses. It is one of several contracts that the EU’s executive has with vaccine manufacturers to secure a total of more than two billion shots.

As part of the “advanced purchase agreement” with vaccine companies, the EU has invested EUR 336 million ($ 408 million) to finance the production of AstraZeneca vaccine at four factories.

But the EU knocked out the British-Swedish pharmaceutical manufacturer this week after it said it would not be able to deliver the 80 million doses it hoped to provide initially and could only deliver 31 million. Brussels claimed that AstraZeneca would deliver even less than that, only a quarter of the doses to be paid between January and March, and as a result, member states began to complain.

The European Commission, the EU’s executive arm, is concerned that doses for Europe may have been diverted from an AstraZeneca facility on the continent to the UK, where two other corporate facilities are located. The EU also wants doses at two locations in the UK to be made available to European citizens.

AstraZeneca’s CEO Pascal Soriot told German newspaper Die Welt this week that the British government helped create the vaccine, as it was developed at Oxford University and signed his contract three months before the EU did so. Soriot said that according to the British contract, vaccines produced in British places must first go to the UK.

The “advanced procurement agreement” with the EU was signed in August before the Oxford-AstraZeneca vaccine was properly tested.

Much of the 41-page published document was blacked out, making it very difficult to determine which page is on the right. Details about the price of the vaccine were edited separately. The UK is expected to pay much more for the vaccine than the EU countries.

An EU official said 95% of the black text was the result of inquiries from AstraZeneca.

Asked about the details of the heart of the line – exactly how many doses were promised to be delivered to the EU and when – European Commission spokesman Eric Mamer said: “We can not give you the figures, they have been edited from the contract.”

For the uninitiated, the contract is not easy to understand. However, it is loaded with references to a “best reasonable effort” made on goods such as deliveries and volumes, given the uncertainty surrounding the development of the vaccine when it was developed.

AstraZeneca may only say that it can decide if it is doing its best, but the EU claims that this is a legal term and that only a judge can decide if the company has made a “best reasonable effort”, which means that the truth of the matter may lie in the hands of the lawyers of both sides.

To ward off further such disputes and allay fears that vaccines could be diverted, the Commission will present plans later on Friday to tighten rules on the export of shots produced in the 27 EU countries.

The proposed ‘transparency mechanism for vaccine exports’ would be used to block shipments to non-EU countries and ensure that all EU-based exporters first submit their plans to national authorities.

The customs authorities could check the plans before the Commission approves or refuses.

“We want to introduce export licenses to know what comes out of each production unit, where these doses go, and if any of them go outside the Union even though they have been ordered by the EU,” said EU Justice Commissioner Didier Reynder’s broadcaster RTBF.

Humanitarian supplies would not be affected by the new mechanism.

Delivery delays across the EU

In addition to the dispute with AstraZeneca, delays or production problems with the Pfizer-BioNTech vaccine have caused a political uproar throughout the EU.

Almost two weeks after France expanded its vaccine campaign to people over the age of 75, elderly residents of Paris are flocking to vaccination centers for fear that their daily injection rate will soon drop due to a vaccine shortage.

In Italy, virus cameraman Domenico Arcuri blew up the delivery delays, which he said had so far deprived the country of 300,000 doses and drastically slowed down his campaign to inoculate older adults.

“A vaccine is not a soda or a snack,” Arcuri said. With all due respect to soft drinks and snacks, the vaccine is the only antidote to get out of this [dark] night that has lasted a year. ”