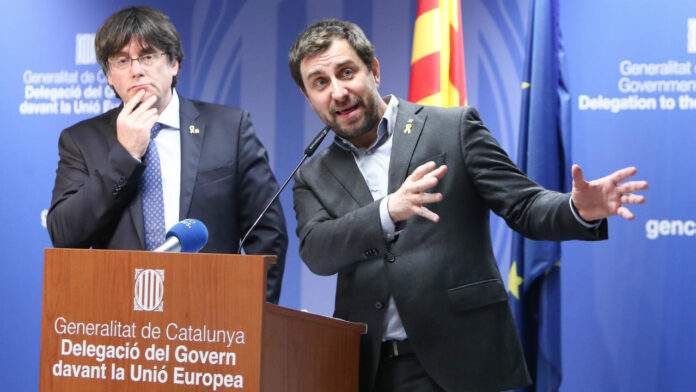 The European Parliament has voted to remove immunity from prosecution by Carles Puigdemont and two other Catalan separatist legislators accused by Spain of insurgency.

The House announced on Tuesday that EU lawmakers had voted in favor of lifting the immunity of Catalonia’s former regional prime minister and two former cabinet members, Toni Comin and Clara Ponsati.

Puigdemont’s immunity was lifted by 400 votes to 248, while those of Toni Comin and Clara Ponsati were removed by 404 votes to 247, Parliament said.

Puigdemont and Comin, who are in self-imposed exile in Belgium, formally became members of the European Parliament in June 2019, while Ponsati, which is in Scotland, was an official member from January 2020.

All are the subject of European arrest warrants issued by Spain seeking extradition in connection with their role in organizing a 2017 referendum that is considered illegal by a Spanish court.

Belgium has so far denied Spain’s request. A court in January refused to extradite Lluis Puig, another former member of the Catalan government living in Belgium, on charges of misuse of public funds.

Various independent leaders were sentenced in Spain for the same charge for the 2019 uprising and sentenced to up to 13 years in prison.

The decision sends “a message that Catalonia’s problems will be solved within Spain and not at European level,” Foreign Minister Arancha Gonzalez Laya told reporters in a statement.

The European Parliament noted in a report issued before the vote on Monday that the documents and the prosecution precede their becoming Members of Parliament in June 2019 and for Ponsati in January 2020.

It also said that it was for national legal systems in the EU countries to decide criminal proceedings.

Parliament’s Committee on Legal Affairs voted last month to lift immunity from prosecution. In both cases, the vote was 15 in favor, eight against and two abstentions.