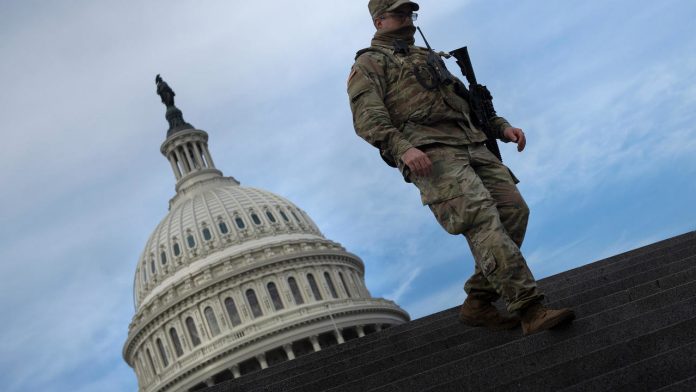 The FBI is tracking a “comprehensive array of online chats,” including calls for armed protests until next week’s presidential inauguration, Director Chris Wray said on Thursday.

Wray, in his first public appearance since the January 6 riots in the US capital, said in a security briefing to Vice President Mike Pence that the FBI remains concerned about the potential for violence during protests and rallies in Washington and in state capitals around the country.

These events could bring armed individuals close to government buildings and elected officials, Wray warned, noting: “One of the real challenges in this space is trying to discern what is ambitious versus what is intentional.”

Wray said the FBI received a “significant” amount of information that it leaked to other law enforcement agencies before the inauguration. Information sharing is crucial before any significant public event such as the inauguration, but the issue is under special scrutiny due to signs that law enforcement was not prepared for the violent, deadly rise at the Capitol by loyalists of President Donald Trump.

Federal officials have warned local law enforcement agencies that the riot at the Capitol is likely to inspire others with violent intentions.

“We are looking at individuals who may have an eye for repeating the same type of violence we saw last week,” Wray said, adding that since January 6, the FBI has identified over 200 suspects.

“We know who you are. If you’re out there, an FBI agent will find you, he added.

More than 100 people have been arrested so far, Wray said, and there are “countless” other investigations.

Nation states have already stepped up security to prepare for any armed protests and violence over the weekend, especially at state houses in the midst of legislative sessions and inauguration ceremonies. Officials are reconsidering their security plans for high-risk targets and the police in major cities are preparing to be put on tactical alert when needed. An FBI bulletin warned earlier this week of potential armed protests in all 50 states.

To monitor threats, share intelligence and decide how resources should be distributed, during the inauguration, the FBI will operate a 24-hour commander at headquarters and at each of its 56 field offices, Wray said.

“Our attitude is aggressive, and it will remain so through the inauguration,” he said.

Separately, Pence returned to the Capitol on Thursday for the first time since the attempted uprising forced security to take him to a safe place after insurgents interrupted his work to monitor congressional billing of the vote.

The Vice President visited with guards who guarded outside the Capitol and told them that he is familiar with the National Guard because he used to be governor.

“Thank you for stepping forward for your country,” Pence said. He told the troops that they would witness the transfer of power and thanked them for their service.

“It has been my great honor to serve as your Vice President,” Pence added before concluding with another round of thanks and wishing the troops a “safe inauguration and a swearing in of a new President and Vice President.”

In response, the guards shouted “Hooah.”