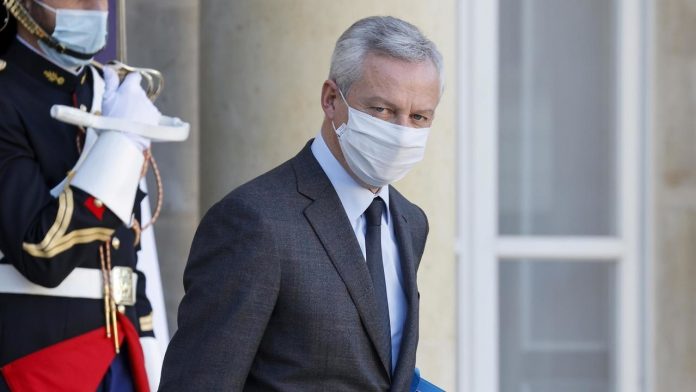 Small shops, which were ordered to close by the government, have expressed concern that they will face competition from giant online retailers such as Amazon, which are allowed to use and deliver goods under France’s other nationwide coronavirus lock.

“Is next Friday really the right time to organize a Black Friday? My answer is no,” Le Maire told the French Senate.

He said he would ask supermarkets and online retailers to explore all options to delay the event, a discounted shopping day that takes place around the world, which usually coincides with Friday in the US Thanksgiving weekend.

Some respond to his request.

Europe’s largest retailer Carrefour has agreed to cancel its “Black Friday” sales event due to take place from November 27 to November 29, a spokeswoman told Reuters on Thursday.

The spokeswoman said that Carrefour’s chairman and CEO Alexandre Bompard spoke to La Maire by telephone.

“Alexandre Bompard said he agreed to suspend the Black Friday operation from November 27 to November 29,” the spokeswoman said.

He had said earlier on Wednesday that the group has seen an increase in activity in the range of 40-50% during the country’s second lock-in.

The French government has been under pressure from shops and companies to reduce time restrictions for the Christmas shopping period.

Valerie Pecresse, a politician in charge of the greater Paris region, said on Monday that the government should allow some stores to reopen for Black Friday sales.

At the same time, Health Minister Olivier Véran said earlier this week that it was too early to claim victory over a recurrence of coronavirus infections, although recent data showed some encouraging signs.

Mr Véran said authorities were in the process of gradually regaining control of the COVID-19 pandemic but warned that it was too early to release.

President Emmanuel Macron will address the nation next week regarding the pandemic situation and the restrictions in the country.