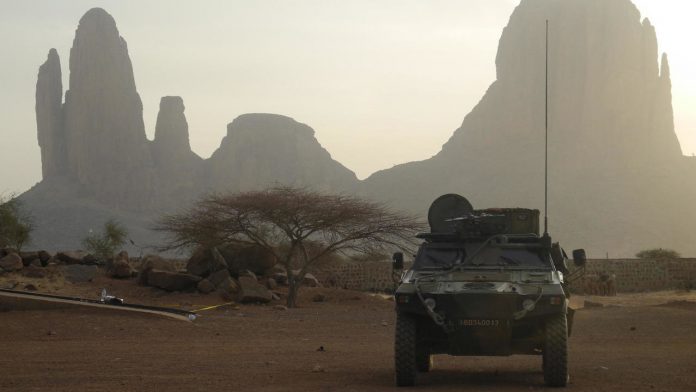 The French military said on Friday that its troops had returned to the scene of an air strike in central Mali to confirm that only jihadists had been targeted after the villagers claimed a wedding had taken place.

Controversy erupted over the operation after several residents of the remote village of Bounti said up to 20 people had been killed in an attack on Sunday – an account so different from the French army, it was speculated in two separate attacks in the area at the same time.

On Friday morning, “a Barkhane land mission went to the site of the French strike on January 3, north of the village of Bounti,” the military said in a statement.

“The information gathered during this mission is consistent in all respects with the analysis and assessment of the situation produced so far,” the Barkhane statement added.

Several villagers had told AFP that a wedding party in Bounti came under fire on Sunday from a single unidentified helicopter.

The only armed forces carrying out offensive air operations in Mali are the national military and the Barkhane force.

France has said its operations did not involve a helicopter and on Thursday night said the information available “ruled out the possibility of security damage”.

Mali’s Ministry of Defense supported the French account, saying its information showed that “the neutralized targets were confirmed military targets” and that “the observed surroundings showed no wedding venue”.

The ministry added that a request was being made “to better understand what was happening”.

Independent verification of Sunday’s events is extremely difficult, given the remote location and the danger of traveling there.

The region is the epicenter of a deadly Islamist offensive that began in northern Mali in 2012 and then advanced to neighboring Burkina Faso and Niger and inflamed ethnic tensions along the way.

France’s military intervention in the Sahel dates back almost exactly eight years to January 2013, when it forced jihadists out of northern Mali.

Meanwhile, six French soldiers were wounded in a suicide bombing on Friday in the “three borders” region between Mali, Burkina Faso and Niger, the French military said.

They were taken to Gao’s military hospital and three of them will return to France over the weekend, it added.

It was the latest attack on French troops in Mali after a total of five Barkhane troops were killed by roadside bombs on December 28 and January 2, bringing the mission’s losses to 50.