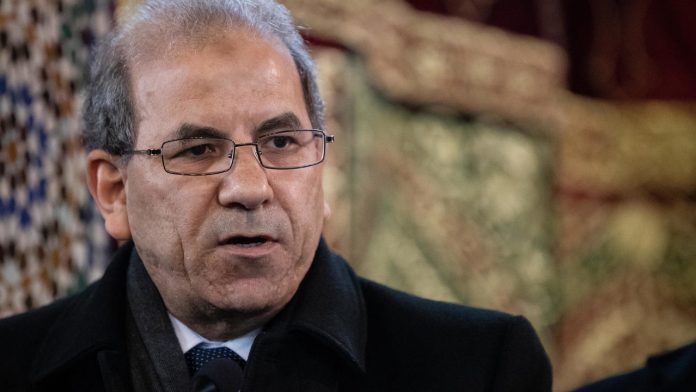 Muslim leaders in France have agreed on a “principle” that President Emmanuel Macron called for in his attempt to eradicate sectarianism and extremism.

The charter, adopted by the French Muslim Faith Council (CFCM) on Sunday, rejects attempts to “instrumentalize” Islam for political purposes and affirms equality between women and men.

It condemns practices such as female circumcision, forced marriage or “virginity” for brides and also explicitly rejects racism and anti-Semitism.

The mosque “is not created to spread nationalist speeches to defend foreign regimes”, warns the charter.

Macron had called on the CFCM to draft the charter in November following the brutal jihadist assassination of Samuel Paty, a teacher who was shown drawing by the Prophet Mohamed to students.

“This Charter affirms the compatibility of the Muslim faith with the principles of the Republic, including secularism, and the commitment of French Muslims to their full citizenship,” said CFCM President Mohammed Moussaoui.

In a statement posted on Twitter, he added that the charter would be shared with imams and local leaders, “with a view to as broad consultation and membership as possible”.

The charter’s formal adoption of the CFCM’s nine federations paves the way for a comprehensive restructuring of Islam in France, in particular the creation of a National Council of Imams (CNI) which will be responsible for “labeling” imams training in the country.

Earlier, several CFCM affiliates had criticized the idea of ​​a charter declaring Islam compatible with French law and values ​​- the first step towards creating the proposed CNI.

But Moussaoui and his two vice presidents hammered out an agreement in a meeting with Interior Minister Gérald Darmanin.

“There was an awareness that these disagreements prevented the Muslim community from asserting itself,” Moussaoui told AFP. “This awareness enabled us to overcome our differences.”

“I commend the work done by the French Muslim community, which clearly condemns political Islam,” Darmanin said on Twitter.

“Liberate” Islam from the Islamists

The charter is part of Macron’s hopes of “liberating” Islam from radicalized influences that encroach on France’s strict secularism and are blamed for a wave of jihadist killings in recent years.

His government has launched an offensive against extremist mosques and associations and plans to remove the approximately 300 imams in France sent to teach from Turkey, Morocco and Algeria.

Macron’s government is also pushing through legislation to combat “harmful” Islamist radicalism, which would tighten the rules on issues ranging from religious education to polygamy.

The move, along with the president’s defense of controversial Mohamed cartoons published by Charlie Hebdo, has angered many in the Muslim world who believe Macron is unfairly targeting an entire religion.

Macron denied the allegations, saying the law was aimed at protecting the country’s estimated at four to five million Muslims, the largest number in Europe.