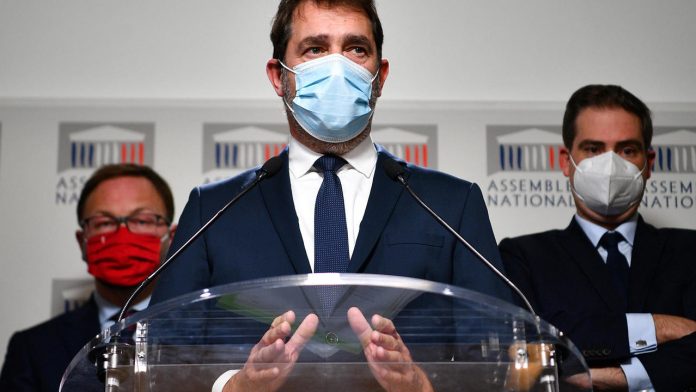 The French parliament has lost a controversial bill that would have barred the right to film police officers in action, the speaker of parliament and leader of President Emmanuel Macron’s ruling party announced on Monday.

“The bill will be completely rewritten and a new version will be presented,” Christophe Castaner, head of Macron’s LREM (La République en marche) party, told a news conference.

The draft bill had sparked protests across the country called for press freedom advocates and civil rights. Tens of thousands of people marched in Paris on Saturday, urging the government to abandon the measure, including the families and friends of people killed by police.

Critics feared that the proposed law would deprive journalists and others of a powerful weapon against police crime – including videos of police action – and threaten efforts to document cases of police brutality, especially in immigrant neighborhoods.

The importance of documenting police activity was again emphasized last week by the brutal beating of a black man in Paris.

“I was lucky enough to have videos that protected me,” said Michel Zecler, a black music producer who was beaten by at least four police officers. Videos first published on Thursday by the French website Loopsider have been viewed by more than 14 million viewers, resulting in widespread outrage.

Two officers are being held in custody, but two others have been released on bail as the investigation continues.

Hardening of police tactics in France

The proposed “global security” law, as it was called, was in part a response to demands from police unions, which said it would provide better protection for officers. The bill aimed to prevent recognizable images of police officers on social media for fear that they would be retaliated for just doing their jobs.

Abdoulaye Kanté, a black policeman with 20 years of experience in Paris and its suburbs, is a supporter of the proposed law, which also strongly condemns police brutality.

“What people do not understand is that some individuals use videos to put the faces of our colleagues on social media so that they are identified, so that they are threatened or encouraged to hate,” he said.

“The law does not prohibit journalists or citizens from filming police in action … It prohibits the use of these images to do harm, physically or psychologically,” he argued, adding: “Officers’ lives are important.”

A “small fraction of the population feeds anger and hatred” against the police, says Jean-Michel Fauvergue, a former head of elite police forces and an LREM legislator who co-authored the bill, in comments at the National Assembly (lower house). “We have to find a solution.”

Critics noted a harshness of police tactics during protests or when arresting individuals. Hundreds of complaints have been lodged against officers during the Yellow Vest movement for economic justice that erupted in 2018 and saw weekends with violent clashes.

Interior Minister Gérald Darmanin said that out of 3 million police operations a year in France, about 9,500 end up on a government website that condemns abuse – only 0.3 percent.