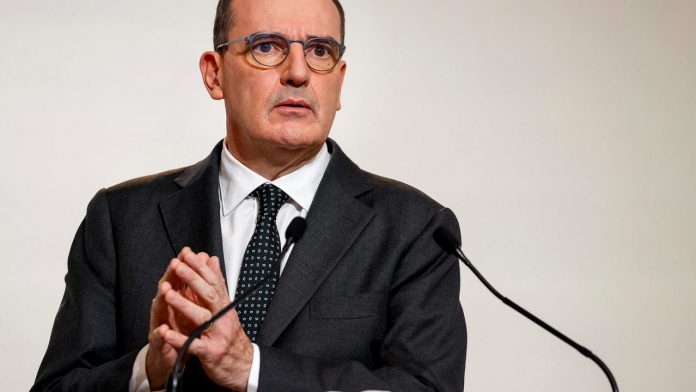 Prime Minister Jean Castex told a news release on Thursday that France’s border with Britain will remain closed and efforts will be made to expand and speed up vaccinations as he warned of a worsening of the Covid-19 crisis in the coming weeks.

The Prime Minister told a news conference on Thursday that the coronavirus health crisis in France had become even more “fragile” and that it would be “out of the question to lower our guard in the coming weeks”. Further restrictions, Castex said, would not be ruled out even if he did not provide any further details. He promised that more vaccines would be approved in France in the coming weeks.

Castex said all businesses currently closed – such as bars, restaurants and ski resorts – would remain closed, and that a further ten local areas in France could be curtailed.

France closed its border with Britain on December 20 following the emergence of a new strain of disease in Britain and the Prime Minister said “this will be extended for the time being”.

Only certain categories of people, including truck drivers, are allowed across the border provided they have had a negative PCR test in the previous three days.

Authorities reported 25,379 new daily cases and 291 deaths on Wednesday, with experts warning of an impending sharp rise in the wake of extensive family travel during the holidays.

Worse to come for finances

Earlier on Thursday, Finance Minister Bruno Le Maire reiterated warnings of a worse future, saying the Covid-19 crisis would almost certainly take an even greater toll on the French economy this year than 2020.

“We are dealing with a virus that will not go away,” Le Maire said.

“There will be more bankruptcies in 2021 than in 2020 … which will lead to job losses over a period of time that will be difficult to absorb.”

The government has forecast economic growth of six percent this year, after an expected decline of nine percent last year.

France has spent billions of euros on limiting the number of jobs and preventing companies from going under, especially hotels and restaurants, cinemas and other cultural institutions and the sports sector.

Restaurants and hotels, which are pushing to increase support packages to three million euros per company, had hoped to resume on 20 January.

But officials indicated they are likely to remain closed when authorities support tougher Covid-19 restrictions, similar to those recently imposed in England or Germany.

“We will not let them fail, we will spend the money that is necessary,” Le Maire said.