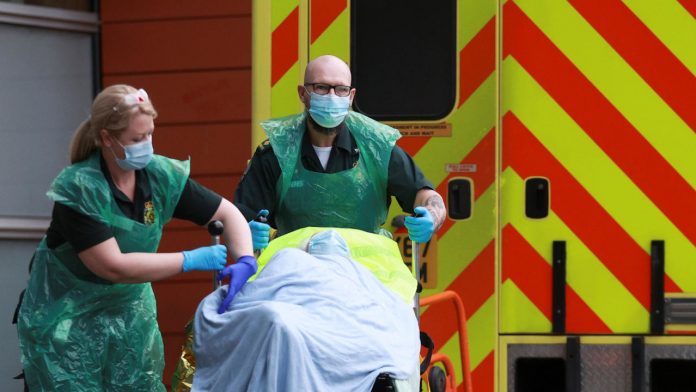 More than 100 million cases of Covid-19 have now been registered worldwide, according to an AFP census on Tuesday, when the newly opened president Joe Biden promised to increase the US fighting vaccine program.

The number of cases, compiled from data provided by national healthcare organizations, represents only a fraction of the real infections as the coronavirus has spread worldwide.

The United States, which passed 25 million confirmed cases last weekend, is still the country with the largest outbreak – and the largest number of deaths of over 420,000.

Biden is trying to turn the fight against the virus, which took a cruel grip on the country during Donald Trump’s presidency when risks were reduced and officials gave mixed messages about worm-bearing and social cooperation.

Biden said vaccinating the entire U.S. population was a daunting challenge, and the program inherited from the Trump administration “was in worse shape than we expected or expected.”

“This is wartime work. It’s not hyperbole,” he said, noting that the United States bought another 200 million doses and will have enough to vaccinate 300 million Americans – virtually the entire population – by early fall.

On another day of dismal milestones, Britain climbed over 100,000 Covid-19 deaths, and other European nations looked to tighten their borders in hopes of enduring new, more transmissible virus strains.

Prime Minister Boris Johnson said it was “difficult to calculate” the loss felt by British families after his country became the first European country to exceed 100,000 Covid-19 deaths.

But he said his government, which was criticized for its initial response to the outbreak, “did everything we could to minimize suffering and minimize loss of life.”

Britain has been fighting to counter a brutal third wave accused of a new variant that emerged there before Christmas before spreading to dozens of countries around the world.

Neighboring Ireland said on Tuesday that it would adopt mandatory travel quarantines for the first time, as well as extend its third national lock-in until March 5.

Among other European countries that wanted to strengthen border controls was Germany, which said it was considering almost completely stopping flights to the country.

“The danger of the many virus mutations forces us to consider drastic measures,” Interior Minister Horst Seehofer told Bild newspaper.

Iceland, meanwhile, began issuing vaccination certificates to facilitate travel for those who have had both doses.

The new measures came as anger escalated over grounded anticoronavirus restrictions, with the Netherlands shaken by night riots as it imposed a curfew on Saturday.

More than 400 people were arrested after the worst unrest to hit the country in four decades, but the Dutch government said it would not withdraw.

With a global death toll of 2.1 million, the world has been looking at vaccines to break the gloom, but the hassle of accessing doses has intensified.

Tensions have risen in particular between the European Union and pharmaceutical companies due to delays in deliveries.

Europe’s vaccination campaign stumbled after the British-Swedish pharmaceutical company AstraZeneca warned that it could not achieve the promised targets for EU transport – a week after the American group Pfizer said that it also delayed delivery volumes.

AstraZeneca’s CEO insisted on Tuesday that the company did not sell vaccines that the EU ordered to other countries at a profit.

The growing gap in vaccine supply between rich and poor countries has led both South African President Cyril Ramaphosa and the head of the World Health Organization, Tedros Adhanom Ghebreyesus, to strike against “vaccinationalism”.

Ramaphosa told the WEF that low- and middle-income countries were on the shoulders of richer nations that could acquire “up to four times what their population needs.”

The line on access to vaccines at the WEF – which is normally held at the Swiss ski resort of Davos – comes as a pandemic uniting economic inequality.

Although Lebanon is under one of the world’s strictest locks, father of six Omar Qarhani told AFP that he was still selling vegetables by a road in Tripoli because he was desperate to support his family.

“I’m not afraid of the corona – what scares me is being in need and poverty,” he said.

Brazil banned flights from South Africa – both countries have their own new variants – while virus deaths in Mexico crossed the 150,000 mark on Monday just a day after President Andres Manuel Lopez Obrador said he tested positive.

The IMF now predicts a “cumulative production loss” of $ 22 trillion – equivalent to the entire US economy – by 2020-25.

Nevertheless, optimism that vaccines will gain control of the pandemic and allow economic activity to resume, combined with stimulus in larger economies, increased the IMF’s growth forecast this year to 5.5 percent.