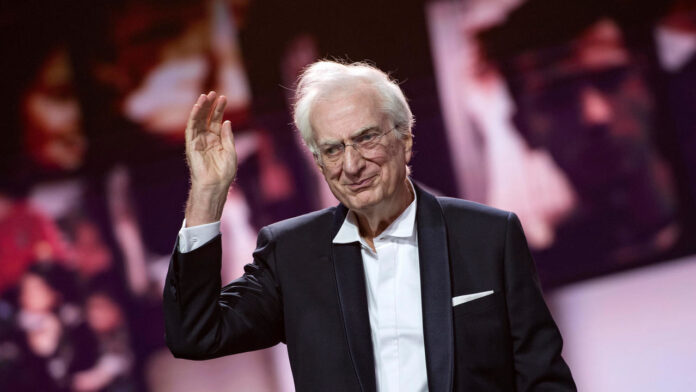 The French director Bertrand Tavernier, who has died at the age of 79, was the conscience of the French film and was not afraid of losing friends when he turned to the political left late in life.

The son of a French resistance fighter, Tavernier won fans and international fame with his unique blend of handsome period pieces and campaign for contemporary drama.

His themes of injustice, racism and the curse of overall unemployment drew comparisons to Britain’s Ken Loach, although he stylistically had more in common with Hollywood greats such as John Ford.

Both in front of the camera and behind it, Tavernier fought tirelessly against censorship, torture during the Algerian War of Independence, for the rights of immigrants and for the defense of European film against Hollywood.

But he was equally unapologetic about voting in 2007 for right-wing French President Nicolas Sarkozy, who as interior minister had abolished a law under which imprisoned immigrants could be deported even if they had relatives in France.

Sarkozy was moved to act after watching a Tavernier documentary on the subject.

The director said he had unsuccessfully lobbied the former “cowardly” socialist government on the issue.

“Sarkozy is gaining popularity due to the uselessness of the left,” Tavernier later explained.

Too early white-haired, Tavernier was then an older statesman for French film but as driving and productive as he had been 20 years earlier and enough of injustice in documentaries between major budget functions.

He had won a BAFTA in 1990 for “Life and Nothing But”, his burning drama about the search for identifying corpses left on the battlefields during the First World War.

It is credited for rekindling the film’s interest in the conflict.

The film also won a Cesar, France’s version of the Oscar, for best actor for Philippe Noiret, often Tavernier’s partner in crime since “The Clockmaker” won the Silver Bear at the Berlin Film Festival in 1974.

When Tavernier won a lifetime award at the Venice Film Festival in 2015, he had performed more than 40 functions in almost all genres and achieved an Oscar nomination.

Taverniers were born during World War II in the southeastern city of Lyon. The city was already under the ruthless grip of Gestapo chief Klaus Barbie when he flashed into the world on April 25, 1941.

His father, the author Rene Tavernier, was an early member of the resistance and hid the communist poet Louis Aragon throughout the war.

The young Tavernier was ill and discovered film during a stay in a sanatorium after he contracted tuberculosis.

He moved to Paris to study law but soon discovered that he wrote for film magazines and became an assistant to several directors, including New Wave master Jean-Luc Godard.

Such was his encyclopedic knowledge of film that “Thirty Years of American Film,” of which he co-wrote in 1970, became a reference.

In fact, it was Hollywood’s golden age that encouraged him to make movies and said watching cowboy movies filled him with “physical pleasure.”

The love of the West

“I became a director because of my admiration for Westerners,” he told AFP.

That love inspired his 2009 American film, “In the Electric Mist,” starring Tommy Lee Jones and John Goodman, where he returned to his early passions: duels and horses.

“Suddenly I recognized what these directors must have felt when they filmed cavalcades and landscapes. It was like going back to my roots, to what I felt when I was 15.

“I saw myself rediscovering the fantastic sword fights in George Sidney’s ‘Scaramouche,'” he added.

There were plenty of swords and horses in his hit romantic swashbuckler “The Princess of Montpensier” 2011 starring Lambert Wilson and Melanie Thierry, a tale of passion and rivalry against the brutal religious wars that tore apart France in the 16th century.

Then came the comedy “Quai d’Orsay” in 2013, about life at the French Foreign Ministry before the Iraq war in 2002.

For many years, Tavernier held an open house with its screenwriter Colo O’Hagan. They still worked together even after the divorce and their daughter Tiffany, also a writer, continued the family tradition and worked with her father on the film “Holy Lola” in 2004.