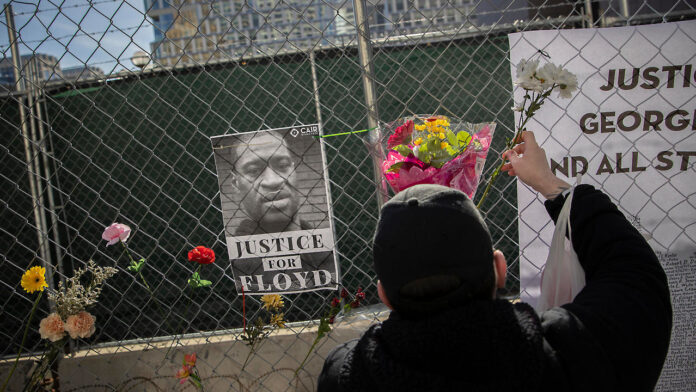 The selection of the jury finally began on Tuesday in the high-profile trial of the white police accused of killing George Floyd, a black man whose death revealed racial wounds in the United States and sparked protests around the world.

Former Minneapolis Police Department (MPD) officer Derek Chauvin faces second-degree murder and murder charges in connection with Floyd’s death on May 25, which was captured by spectators on smartphone video.

The selection of the jury was scheduled to begin on Monday but was delayed one day when prosecutors tried to reintroduce a third-degree murder charge against 44-year-old Chauvin.

A Minnesota Court of Appeal has not yet announced its decision, but Hennepin County Judge Peter Cahill, visibly impatient to get the trial started, decided to continue with the selection of the jury anyway.

The selection process for the jury is expected to take about three weeks with initial arguments in the trial that are expected to begin around March 29.

Chauvin was fired from the police after he was caught on video with his knee on the neck of an appellant and panted Floyd for almost nine minutes.

Chauvin, who has been released on bail, appeared in court on Tuesday in a light gray suit and a black face mask at a desk surrounded by plexiglass as a Covid-19 precaution.

He sometimes took notes on a yellow court pad and handed over to his lawyers when prospective jurors were questioned.

Lawyers for both sides are faced with the difficult task of finding jurors who have not already decided on the generally published case.

The first potential jury, a Spanish-speaking woman with stopping English, was fired by the defense team with one of their 15 compelling challenges.

The woman had referred to Floyd’s “unfair” death on a 16-page questionnaire that jurors had been asked to complete before being summoned.

The other potential jury, a man who said he was a chemist, was chosen as one of the 12 jurors or four deputies for the trial.

When asked by Judge Cahill if he could be “fair and impartial,” the man replied, “Yes.”

He told the defense team that he had never seen the viral video of Chauvin with his knee on Floyd’s neck.

All four officers were fired by Minneapolis police.

Floyd’s arrest was caused by accusations that he had tried to send a counterfeit $ 20 bill to a nearby store.

Chauvin’s case is seen as a potential marker of change in a country that recently elected its first black vice president but has seen police historically avoid punishment for violent acts.

In the midst of the Covid-19 pandemic, social separation rules mean that seats will be limited at trial, with the Floyd and Chauvin families only one seat a day.

Despite intense global interest, only two reporters will come in. The trial is being livestreamed on Court TV.

Lawyers for Chauvin, a 19-year veteran of the force, have claimed that he followed the police procedure and claim that the 46-year-old Floyd died of an overdose of the drug fentanyl.

“Mr. Chauvin acted in accordance with MPD policy, his education and within his duties,” according to his lawyer Eric Nelson. “He did exactly as he was trained to do.”

An autopsy found traces of fentanyl in Floyd’s system but said the cause of death was “neck compression”.

A verdict is not expected until the end of April.