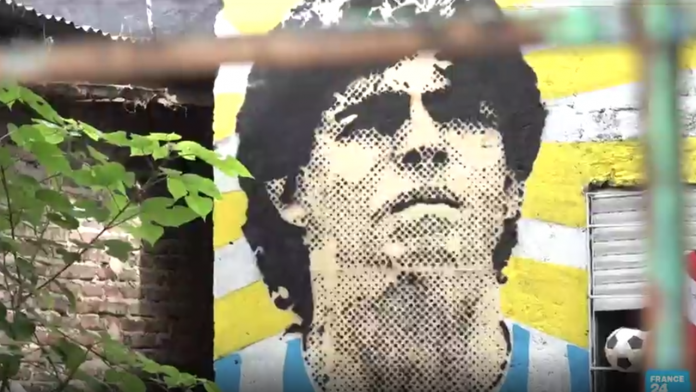 Saturday was the last of three official mourning days in Argentina for football icon Diego Maradona, who died of a heart attack at the age of 60 on Wednesday. Jowharreports from Villa Friorito, Buenos Aires’ suburb where Maradona grew up.

Maradona was one of the greatest footballers of all time – adored for the extraordinary skill that led him to tear through England’s defense to score the “goal of the century” in the 1986 World Cup quarter-finals.

Mourners gathered to praise their hometown. “We grew up together,” one recalls. “He was such an honor for Friorito. I will never forget the last time he was here with us. ”