Home NEWS The Netherlands bans flights from the UK to prevent the spread of...
Facebook
Twitter
WhatsApp
Linkedin
LINE 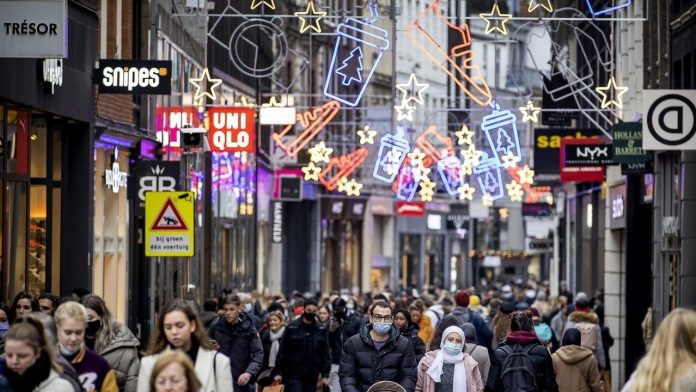 On Sunday, the Dutch government banned all passenger flights from the UK after finding the first case of a new, more contagious coronavirus strain circulating in the UK.

The ban, from 6:00 (0500 GMT) on Sunday to January 1, came hours after the UK announced a residence order for part of the country to slow down the new variant.

“A contagious mutation of the Covid-19 virus is circulating in the UK. It is said to spread easier and faster and is more difficult to detect, says the Dutch Ministry of Health in a statement.

The Dutch public health body, RIVM, therefore recommends that any introduction of this virus strain from the UK be limited as much as possible by restricting and / or controlling passenger movements. “

The Ministry of Health added that a “case study in the Netherlands in early December revealed a virus with the variant described in the UK”.

Experts looked at how the infection happened and if there were related cases.

Prime Minister Mark Rutte’s cabinet had now taken the “precautionary decision” to ban flights from Britain, the statement said, adding that other modes of transport were still under scrutiny.

He urged Dutch citizens not to travel unless absolutely necessary.

“In the next few days, the (government) together with other EU countries will examine the possibilities of further limiting the risk of the new virus strain coming over from the UK,” the statement said.

The Netherlands is under a five-week lockdown until mid-January with schools and all non-essential shops closed to slow down a sharp rise in the virus.

Johnson also said that London and the south-east of England, which are currently at the highest level of a three-tier rule system, would now be placed in a new level 4 level.