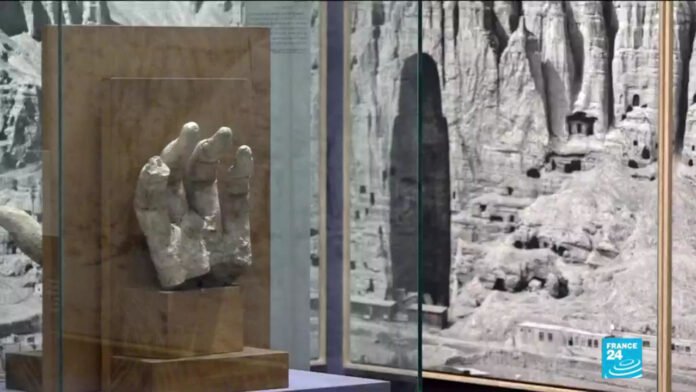 Twenty years after the destruction of Afghanistan’s Buddhists in Bamiyan by the Taliban, the Paris Guimet Museum pays tribute to the dramatic 600s and 700s sculptures of French archaeologists Joseph and Ria Hackin, who unveiled the statues of the Western world nearly a hundred years ago and of the people of Bamiyan, Hazara. the Shiites killed by the Taliban at the beginning of this century.

A cultural crossroads on the ancient Silk Road, Bamiyan was a center of Buddhist teaching in the 6th century AD, when two giant Buddhist statues were sculpted in the cliff face. The statues served as a reminder of that golden age until March 11, 2001, when they were blown up by the Taliban, who also ordered the execution of 10,000 Hazara Shiites in the area.

“Bamiyan was the first murder carried out during this century and was a ban on other blood rivers,” said artist and historian Pascal Convert Jowharat the Guimet Museum. “After their destruction on March 11, it was September 11. Buddha’s friendship. The twins are towering. That twin aspect of number 11.”