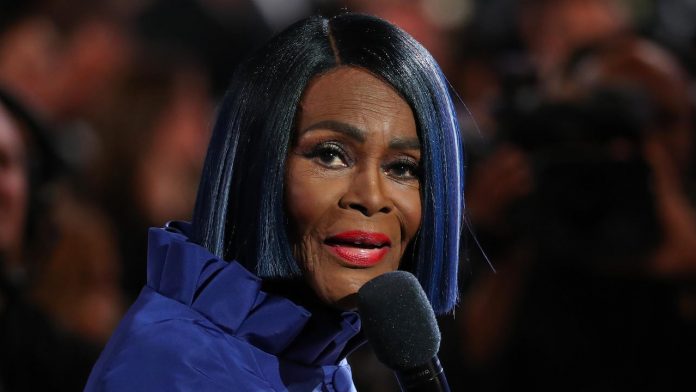 Cicely Tyson, the pioneering African-American actress and Oscar winner, died on Thursday at the age of 96, her boss said.

She often rejected roles she saw to reinforce negative black stereotypes, including maids and prostitutes, and was seen as recently as last year on the single-screen thriller “How to Get Away with Murder”

“With a heavy heart, Miss Cicely Tyson announces her peaceful transition this afternoon,” Chief Larry Thompson said in a statement to AFP.

“I have cared for Miss Tyson’s career for over 40 years, and every year was a privilege and a blessing,” Thompson wrote without further details on the cause of death.

Tyson’s highly decorated career included several Emmys and a Tony 2013 for “A Trip to Bountiful.”

In addition to the Depression-era drama adaptation “Sounder”, her other film credits include “Fried Green Tomatoes” and “The Help”.

I recently reclassified “Sounder”. And I had to find this scene. Cicely Tyson’s restraint and silent anger here. Whew! pic.twitter.com/SjB8U3OWzh

In 2018, at the age of 93, Tyson received an honorary Oscar for his lifelong work as an icon for two generations of African-American actresses.

“She’s a queen for us, African Americans,” said actor and producer Tyler Perry at the glittering Hollywood ceremony.

“She had to work ten times harder to get paid a hundred times less” because she was a black woman, Perry said.

Although we are not relatives, her mother was friends with my grandmother in the Caribbean, with strongly resonant battles and triumphs.

Farewell to a force of nature for oneself – personally, on stage and on screen. Cicely Tyson, RIP (1924-2021) pic.twitter.com/w1s7KhnTuI

Born in New York’s immigrant parents in Harlem to the Caribbean, Tyson began her career as a model before taking action.

She won the Emmys for “Miss Jane Pittman’s Autobiography,” in which she played a 110-year-old civil rights woman who reflected on a life dating back to slavery, and for “The Oldest Living Confederate Widow Tells It All.”

Trailblazer is not a sufficient description. What a legendary artist, sage and matriarch. We greet her. Rest in power, Lady Cicely, “Martin Luther tweeted King Jr. Center on Thursday.

Tyson’s memoir, “Just as I Am: A Memoir” had just been published on Tuesday.

“Cicely thought of her new memoir as a Christmas tree decorated with all the ornaments of her personal and professional life,” wrote Chief Thompson.

“Today she placed the last ornament, a star, on top of the tree.”