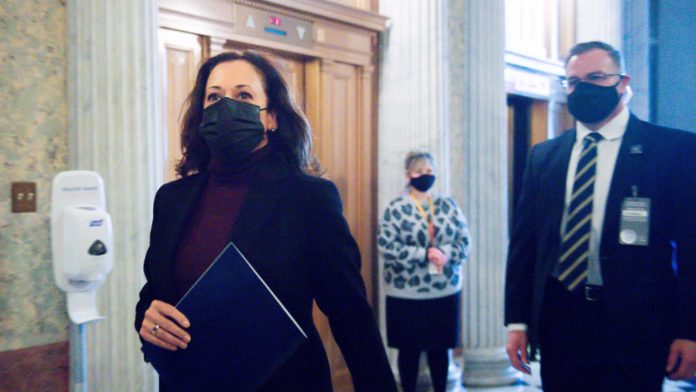 President Donald Trump’s Republican colleagues in the US Senate on Friday disregarded his veto for the first time in his nearly four years in office and pushed through a bill on defense spending against his strong objections 20 days before leaving office.

The meeting in a rare New Year’s session secured the Senate the two – thirds majority needed to override the veto with bipartisan support two days before a new Congress will be sworn in on Sunday. Eight previous vetoes have been maintained.

Republican lawmakers have largely backed the president during his turbulent White House term.

However, since losing his attorney general in November, Trump has cracked down on them for not fully supporting his alleged allegations of vote-rigging, rejecting his demands for major COVID-19 aid controls and going against the veto.

The Republican-led Senate, after the Democratic-controlled House of Representatives on Monday, approved the measure without his support and voted 81-13.

Today, Congress fulfilled one of its most important responsibilities. The NDAA helps keep Americans safe, supports a pay rise for our troops, and protects the jobs of the hard-working leaders of PNSY, BIW, Pratt & Whitney, DFAS Limestone, and Naval Support Activity Cutler.

A US president has the power to veto a bill passed by Congress, but lawmakers can uphold the bill if two-thirds of both the House of Representatives and the Senate vote to override it.

The $ 740 billion National Defense Authorization Act (NDAA) determines everything from how many ships are bought to soldiers’ salaries and how to deal with geopolitical threats, but Trump refused to sign it into law because it did not repeal certain legal protections for social media platforms. and included a provision abolishing the names of Confederate generals from military bases.

Dear @realDonaldTrump: Major two-party majorities in both the House and the Senate violated your veto on the NDAA. Why? Because you quickly become irrelevant. And we reject your racist attempt to keep military bases named after treacherous, Confederate generals. https://t.co/REqVERb7Qg

“We have passed this legislation for 59 years in a row. And somehow we will complete the 60th annual NDAA and pass it into law before this congress ends on Sunday,” said Senate Republican Leader Mitch McConnell.

Trump, who returned to Washington on Thursday from his private club in Florida, has increased pressure on other Republicans and beat the party leadership because he had not made his bid for the two measures and because he did not more fully agree with his fight to cancel the election result.

When the votes were counted indicating that Trump had lost the battle over the bill, the president took to Twitter to talk about a protest rally scheduled in Washington on Wednesday, the day the new Congress officially talks about the ballots confirming Democrat Joe Biden’s victory.

The BIG Protest Rally in Washington, DC, will take place at 11.00 on 6 January. Location information to follow. StopTheSteal!

Some Trump allies in Congress have said they plan to object on Trump’s behalf.