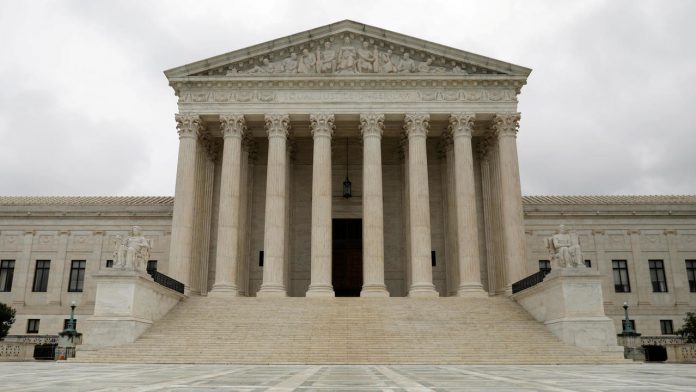 The U.S. Supreme Court on Monday allowed Donald Trump’s tax records to be released to criminal prosecutors and rejected a final step by the former president’s lawyers to keep them secret.

Trump, 74, has been fighting a long-running lawsuit to prevent his tax records from being handed over to New York prosecutors investigating silent payments to women and possible fraud.

The nation’s Supreme Court rejected Trump’s lawyer’s request without comment and paved the way for the documents to be handed over to Manhattan’s District Attorney Cyrus Vance.

The prosecutor, a Democrat, has been fighting for over a year to get eight years of Trump’s tax returns as part of an investigation into the ex-president’s finances.

Monday’s decision refers to a lawsuit that Vance had issued to Trump’s auditors Mazar’s United States in August 2019 and ordered it to provide documents dating back to 2011.

“Work continues,” Vance said in a three-word statement issued after the decision.

But the state investigation is now also investigating possible allegations of tax evasion and insurance and bank fraud.

Trump, who left the White House last month, called the investigation “a continuation of the largest political witch hunt in our country’s history.”

“The Supreme Court should never have allowed this ‘fishing expedition’ to happen, but they did,” he said in a statement following the decision.

US presidents are not required by law to disclose details of their personal finances, but every American leader since Richard Nixon has done so.

Trump repeatedly said he would release them pending a review but eventually broke with tradition.

Vance’s investigators have interviewed Trump’s former personal lawyer Michael Cohen, who received a three-year prison sentence after admitting that they did the silent women.

The ex-lawyer had testified before Congress that Trump and his company artificially inflated and devalued the value of their assets in order to both obtain bank loans and lower their taxes.

If Trump was charged and convicted, he could face possible imprisonment. Unlike federal crimes, state crimes are not subject to the President’s pardon.

They also spoke to staff at Trump’s insurance broker Aon.

Vance’s investigation is underway behind closed doors in front of a grand jury.

It is unclear if and when it will lead to a prosecution, which would be the first by a former US president.

In July, the Supreme Court rejected Trump’s argument that he, as incumbent president, was immune from prosecution.

Trump’s lawyers then challenged the scope of the requested documents, saying it was too broad.

Before the November 3 election, The New York Times claimed that Trump had avoided paying federal taxes for 11 of the 18 years for which he had received a return.

The paper also reported that Trump paid only $ 750 in federal income taxes in 2016 and 2017, a claim that the former president denies.

Trump’s legal problems may not end there.

Senate Republican Leader Mitch McConnell has said that Trump as a civilian is “responsible for everything he did while in office.”

At his historic second indictment, the U.S. Senate acquitted Trump of encouraging the crowd that stormed the U.S. capital in January, but McConnell suggested Trump could face criminal and civil action over the riot.

In February, prosecutors in Georgia launched an investigation into “attempts to influence” the state presidential election.

Trump had pressured officials to cancel his loss on the main battlefield.