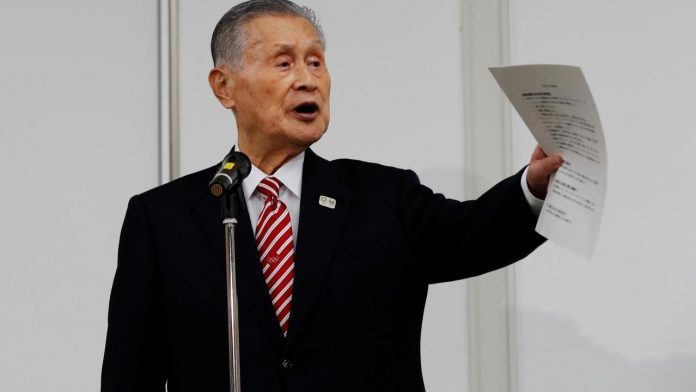 Japan’s gaffe-prone Olympic leader in Tokyo on Thursday apologized for making sexist comments that caused outrage, but refused to resign and dug a deeper hole when he admitted that he did not “talk much with women”.

Yoshiro Mori’s comments, in which he said that women talk too much at meetings, are the latest headache for organizers who are already fighting for general concern over the pandemic postponed games.

The 83-year-old former prime minister sparked further criticism when he acknowledged “I do not talk much with women” in a hastily organized press conference called to apologize.

And while Mori said his initial remarks were “inappropriate”, he became defensive when questioned, insisting he had heard complaints that women spoke out loud.

“Board meetings with many women take a lot of time,” Mori said Wednesday, according to Asahi Shimbun daily.

“When you increase the number of female senior members, if their speaking time is not limited to some degree, they have a hard time quitting, which is annoying,” he was quoted as saying.

Mori, who is known for his gaffers, did not dispute the report and told reporters that he wanted to “withdraw” his comments.

“What I said … went against the spirit of the Olympics and the Paralympics, and I realize it was inappropriate,” he said.

“I will reflect deeply on this. I would also like to withdraw what I said. I want to apologize to everyone who was offended. ”

But he added that he “did not consider resigning” and insisted that he respond to comments he had heard about women who spoke for too long.

“I do not talk much with women recently, so I would not know,” he added.

“You ask all these questions because you wanted to write funny stories, right?”

The International Olympic Committee (IOC) responded by saying that gender equality was one of its fundamental principles and “one of the key pillars of the Olympic Agenda 2020”, a roadmap for organizing future games.

“President Mori has apologized for his comments today. With this, the IOC believes that the issue is closed, says an IOC spokesman when contacted by AFP.

The comments sparked a furious reaction in Japan, with the phrases “enough already”, “misogyny” and “we demand that Yoshiro Mori resigns” all trends on Twitter.

Morris’ remarks were heavily criticized by opposition lawmakers in parliament, and Prime Minister Yoshihide Suga was widely criticized for saying he was “not aware of the details”.

After reading Mori’s comments, he said they were “something that should not be allowed”.

Mori told a newspaper earlier Thursday that his wife had given him a “thorough reason” for his comments.

He addressed members of Japan’s Olympic Committee, some of whom were reportedly laughing in response.

Last year, the JOC decided to strive to have 40 percent female board members, but as of November, there were only five women among the board’s 24 members.

“We have about seven women on the organizing committee, but everyone understands their place,” Mori told JOC members.

While ranked high on a range of international indicators, Japan continues to promote gender equality – ranking 121 out of 153 countries surveyed in the World Economic Forum’s Global Report on Gender Equality 2020.

“It’s shameful,” tweeted Renho, a prominent Japanese opposition politician who uses a name, pointing to the Olympic Charter that he “practices sports without discrimination of any kind.”

“The basic principle of the Olympics is to promote the advancement of women in sports at all levels and organizations to achieve gender equality,” said Hashimoto, according to the public broadcaster NHK.

Mori has a history of making controversial comments and made waves earlier this week by insisting that the games would continue this summer “but coronavirus (pandemic) is developing”.

The comments came with surveys that showed that about 80 percent of Japanese are opposed to holding the games this year, and because several parts of Japan are in a virus-related state of emergency.