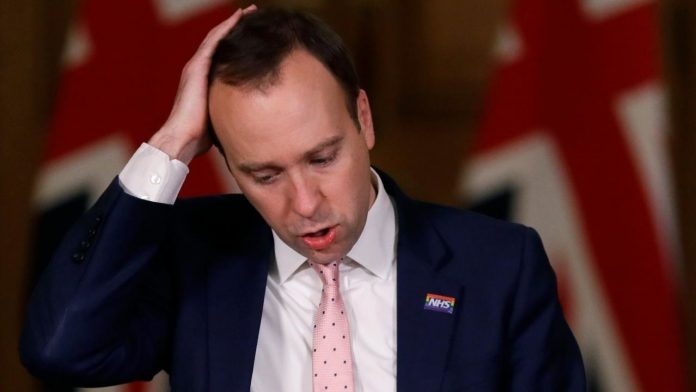 British Health Secretary Matt Hancock said on Wednesday that more areas in England would be placed in the highest levels of coronavirus restrictions in an attempt to limit the spread of a new, more transmissible variant of Covid-19 suspected to come from South Africa.

Hancock said from December 26 that large regions across the south of England would join London and adjacent areas in Tier 4 restrictions, similar to those of a lockout.

Britain has discovered a new variant of coronavirus in contacts with cases that have traveled from South Africa, Hancock said on Wednesday.

“This new variant is very worrying, because it is even more transmissible, and it seems to have mutated longer than the new variant has been discovered in the UK,” he said.

South Africa’s health department said last week that a new genetic mutation of the virus has been found and may be responsible for a recent increase in infection there.

“Thanks to the impressive genomic ability of South Africans, we have discovered two cases of another new variant of coronavirus here in the UK,” Hancock told a media outlet.

“Both are contacts with cases that have traveled from South Africa in recent weeks.”

The UK is already struggling to limit the spread of a mutated virus strain that is up to 70 percent more transmissible.

“The new variant in the UK, which we have identified, is very different from the one in South Africa, it has different mutations,” says Susan Hopkins of Public Health England.

“Both look like they are more transferable. We have more evidence of the transfer for the UK variant as we have studied it in detail with academic partners. We are still learning about the South African variant. ”

She expressed confidence that the spread of the South African-linked variant would be controlled and said that vaccines that have already been developed should be effective.

“We have no evidence at the moment that the vaccine does not work, so what really matters is that there is strong evidence that it will work, because the vaccine gives a strong immune response and it is broad and works against a lot of variation in the virus,” she said. .

He said that close contacts with those with the new variant are quarantined and that all those who have been in South Africa during the past two weeks needed quarantine.

He also said that immediate restrictions were imposed on travel from South Africa.