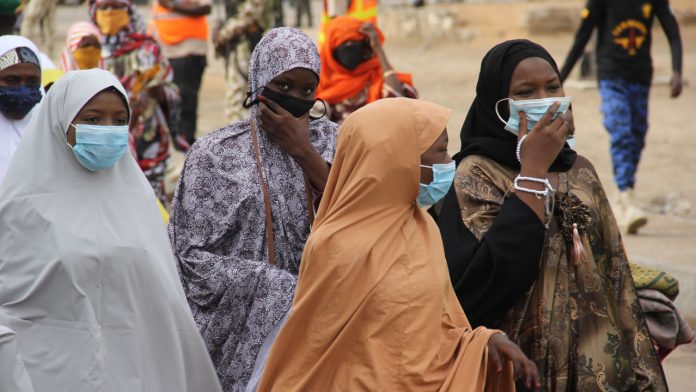 The United States for the first time placed Nigeria on a blacklist for religious freedom on Monday and pressured an ally as Christian groups express growing insecurity.

Secretary of State Mike Pompeo identified Nigeria as a “country of particular concern” for religious freedom, the rare introduction of a fellow democracy in the United States’ attempt to shame nations into action.

“These annual designations show that when religious freedom is attacked, we will act,” Pompeo, an evangelical Christian, wrote on Twitter.

The United States is steadfast in its commitment to religious freedom. No country or entity should be allowed to persecute people with impunity because of their faith. These annual designations show that when religious freedom is attacked, we will act.

Nigeria maintains a delicate balance between Muslims and Christians, but church groups have expressed growing concern about the United States.

U.S. law requires designations for nations that either engage in or tolerate “systematic, ongoing, serious violations of religious freedom.”

Blacklisted nations include Saudi Arabia and Pakistan, both of which have historic, albeit complicated, alliances with the United States, as well as China and Iran, arch-rivals of President Donald Trump’s administration.

The other nations on the list are Eritrea, Myanmar, North Korea, Tajikistan and Turkmenistan.

Pompeo did not particularly target India, an increasingly close partner to the United States.

India expressed outrage earlier this year when the US Commission on International Religious Freedom, which makes recommendations to the State Department, demanded India’s blacklist of what it said was a sharp drop under Prime Minister Narendra Modi, a Hindu nationalist.

Sudan, which is transformed after decades of dictatorship, left the blacklist last year, and on Monday Pompeo took the country from a second-level watch list along with Uzbekistan.

Under U.S. law, nations on the blacklist must make improvements or face sanctions, including losses from U.S. aid, even if the administration may refrain from taking action.

Concerns that violence in Nigeria will worsen

The Foreign Ministry did not immediately elaborate on why it appointed Nigeria, but noted in its annual report earlier this year concerns at both the federal and state levels.

It pointed to the mass imprisonment of members of the Islamic Movement in Nigeria, a Shia Muslim group that was banned last year on terrorism charges.

The Nigerian army killed about 350 Shia Muslims, many of whom were shot dead or burned alive, in a 2015 confrontation, according to rights groups.

The movement has taken inspiration from Iran, usually a major target for Trump. But the Catholic Church criticized the ban on the group and feared that it set a dangerous precedent for all religions.

Nigeria is the base of Boko Haram, the Islamist extremists whose 11-year uprising has killed more than 36,000 people and spread to neighboring countries.

But the American Catholic Bishops’ Conference, in a letter to Pompeo, said that many more Nigerians were killed in shepherd-peasant conflicts, where Christians have been hit hard by climate change exacerbating desertification.

The International Committee of Nigeria, a group of lawyers, has called on the United States to appoint a special envoy and calls the Buhari government’s response to the violence “weak” and fears it will worsen.

The bipartisan pushes for blasphemy laws

Freedom of religion has been a core issue for Pompeo and Trump, who expect strong evangelical Christian support and have often sought to make other human rights concerns among allies.

In a two-party effort as Trump leaves, the House of Representatives overwhelmingly approved a resolution on Monday calling on the United States to prioritize the repeal of blasphemy laws around the world.

The resolution noted that more than 70 countries had blasphemy laws in their books and expressed concern about Pakistan, where minorities have often been targeted, as well as attacks on secularist writers in Bangladesh.

The House also unanimously approved a resolution calling for an end to Iran’s “state-sponsored persecution” of Baha’i society and called for the immediate release of detained members of the faith.