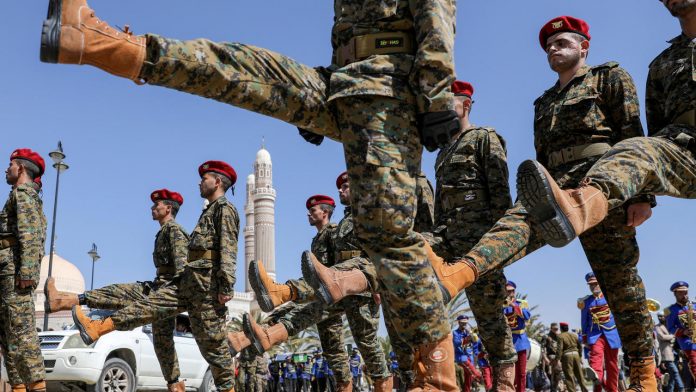 The United States on Tuesday imposed sanctions on two commanders of Yemen’s Houthi rebels, blaming them for civilian deaths and condemning their ties with Iran as Washington seeks to stop the devastating war.

The Treasury Department said it would freeze all assets from the air force and naval commanders for the Houthis, who have defied international appeals by launching an offensive to seize the government’s northern stronghold.

Since the poor nation’s rebels are unlikely to have US bank accounts, the effects are largely symbolic, but reinforce President Joe Biden’s sharp criticism of Iran even as he opens the door to diplomacy and distances his administration from Saudi Arabia, which has waged a devastating campaign to loose Houthierna.

“These individuals control forces that are exacerbating the humanitarian crisis in Yemen,” said Andrea Gacki, head of the Treasury’s foreign asset control office.

“The United States remains committed to promoting the responsibility of the Houthi leadership for their actions, which has contributed to the extraordinary suffering of the Yemeni people,” she said in a statement.

The finance ministry said both commanders had trained in Iran and acquired weapons from the clerical state, which has religious ties to the Houthis and a shared hostility to Saudi Arabia.

Houthi’s naval commander, Mansur al-Saadi, masterminded deadly attacks on international shipping in the Red Sea and put fishermen and other civilians at risk with naval mines, the finance ministry said.

The move comes after the Biden administration in one of its first acts lifted a designation that the Houthis, formally known as Ansar Allah, are a terrorist organization.

Aid groups said the label endangered their work because they had no choice but to deal with the Houthis, who are in fact Yemen’s governing authorities in large parts of the country, including the capital Sanaa.

Former President Donald Trump’s government, which opposed Iran and was closely linked to Saudi Arabia, had branded the Houthis terrorists during its last days of service.

The UN has called Yemen the world’s worst humanitarian crisis and expressed disappointment after a pledge conference on Monday raised $ 1.7 billion in aid, well below the $ 3.85 billion appeal.