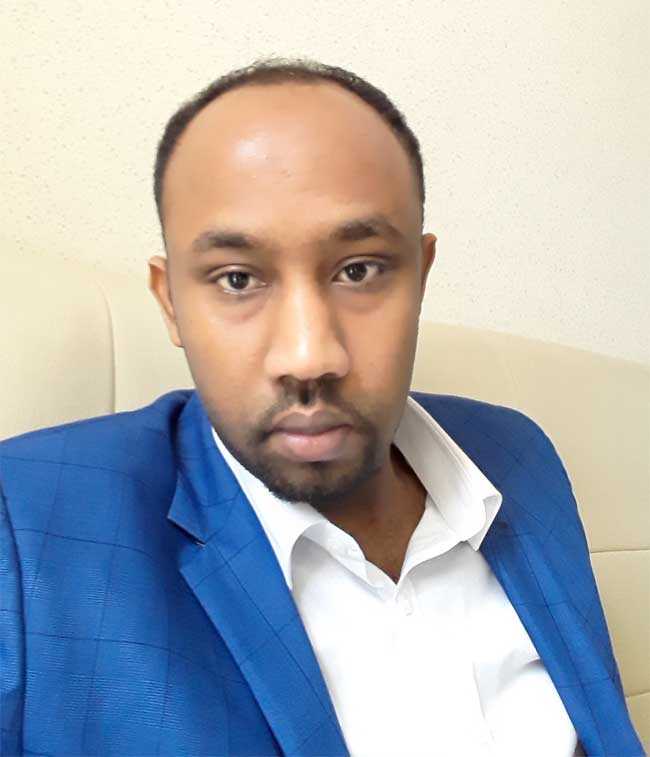 Somalia is heading an election despite the enormous challenges that, the country is encountering including but not limited insecurity, political disagreements, and exogenous intervention.

The incumbent president his Excellency Mohamed Abdullahi, aka Farmajo was campaigning since his election in February, 2017 that, his government will deliver One-Person One-Vote in 2020-21, but that target became pipe dream, and now the country is heading indirect-election where 101 delegates from the constituencies should elect each Member of Parliament (MPs), and who themselves will go on to vote for their choice for president

Somalia and Near Abroad: Kenya, Ethiopia, and Djibouti

When the civil strife has broken in Somalia in 1991, bunch of the Somali people fled the country, and went to the neighboring countries including Kenya, Ethiopia, and Djibouti. As a result, there are number of Somalia’s politicians, especially within the legislative and executive branches who have dual Kenyan, Ethiopian, or Djiboutian nationalities.

And, they maintain good connections and networks with their secondary nations. Particularly, Kenya hosts one of the largest refugee camps in the world, and dominated by Somalis. In this regard, these countries may have a leverage one way or another on Somalia’s fragile politics.

Since, Abiy becomes the new PM in Ethiopia in April, 2018, the bilateral relations between Somalia and Ethiopia was blooming. Prime Minister Atto Abiy visited in Mogadishu, and welcomed by Somalia’s president his Excellency Farmajo in June, 2018, after two-months of Abiy’s premiership. The two-leaders agreed to expedite and enhance the diplomatic relationship among the two-states, and also to take away all the economic barriers. Additionally, Ethiopia’s hegemonic power in the region is flashy as Ethiopia remains the regional actor.

Since the incumbent government of Somalia which is leading by his Excellency president Mohamed Abdullahi, aka Farmajo takes the office in February, 2017, the diplomatic relationship between Somalia and UAE was exacerbating stubbornly.

The standoff peaked after Farmajo’s government announced famously a neutral role towards the Gulf-crises which erupted in 2017. The Saudi-led coalition including UAE, Bahrain, and Egypt freaked out Somalia’s decision of neutrality, because it seems that, Somalia was unwittingly with Qatar.

UAE is the biggest trade partner of Somalia. Moreover, UAE signed a military pact with Somalia in 2014, since then UAE was training Somalia’s soldiers, especially Emirati’s General Goordan military base.

In 2018, Somalia’s government declared that, they will take over the soldiers trained by UAE, and they will pay their salaries. In April, 2018, Somalia’s security forces have grabbed $10 Million of cash money which surreptitiously came from Abu-Dhabi.

Abu-Dhabi doesn’t have an influence only in Somalia, but also the Horn of Africa region. UAE participated ending the longest-feud in Africa among Ethiopia, and Eritrea in 2018. UAE augmented its involvement in the region by signing a deal with the self-proclaimed independent state, Somaliland, while there is a worsening relationship between Somalia, and Abu-Dhabi.

The Emirati DP world company took over the seaport in Berbera where they want to build a military base for the long-term strategy. Somalia’s government nullified that deal, and denigrated that, UAE is violating Somalia’s sovereignty. As a result, Somalia cuts its ties with UAE, but still Abu-Dhabi’s iniquitous role in the region will remain.

UAE has currently halted their plan to build a military base in Berbera-Somaliland, instead it will become a public airport according to the President of Somaliland his Excellency Muse Bihi.

The flipside, UAE yet is financing oppositions, and some of the regional states against the federal government under the incumbent President Farmajo.

On the other hand, Saudi Arabia has provided long-term financial support to Somalia. Despite having lead the efforts behind the regional blockade of Qatar, Riyadh’s anger towards Somalia for its neutrality in the affair was surprisingly muted. Some anticipate that Saudi Arabia will support candidates in the upcoming election in Somalia, which might be more aligned with the Kingdom’s leverage on Somalia.

Since 2011, the relationship between Somalia and Turkey has blossomed. Turkey aided Somalia during the deadly drought which erupted Somalia in 2011. The famine deluged all the livelihoods of the low-income people. Over 260,000 of people have been died as reported (Fews Net, 2013).

The natural, and the man-made disasters was caused by droughts, and the fighting between Alshabaab, and the Somalia’s federal government backing by AMISOM troops. As a result, colossal of people have been displaced for their residents.

Many countries around the world considered Somalia as a no-go area, while the vulnerable people including the children, and the elder people were dying enormously because of lack of nutrition, and care. Though, plenty of the UN agencies, and other humanitarian agencies declared that, Somalia is undertaking one of the worst humanitarian crisis, but many countries were hesitating and reluctant to offer humanitarian assistance.

Now-President and then-Prime Minister Recep Tayyip Erdoğan touched down in Mogadishu in August, 2011while the world is despised Somalia’s natural disaster. His visit was a milestone, and showed the world that despite its problems, the security of Somalia is dependable enough for foreign heads of state to visit. Moreover, his trip demonstrated the drastically urgent need for humanitarian assistance.

His assertive decision caught the world’s attention, and increased humanitarian support for Somalia. Apart from the aid, the Turkish government promised to support Somalia the infrastructure by building schools, and hospitals. The Turkish government built the main roads of the capital city of Mogadishu, Maka-Almukarama road, the seaport of Mogadishu, offered trainings to the Somalia’s troops.

Moreover, closely 100 Somali students get Turkish scholarships every year. Plenty of the talking heads opined that, Turkey has a long-term strategic plan to Somalia including but not limited (Oil Exploration). Since Somalia’s federal parliament endorsed three landmark bills including Company Law in 2018, Foreign Investment Law in 2015, and the Petroleum Law in 2019, the interests of the foreign countries towards Somalia was increasing incrementally.

The Turkey’s investment projects in Somalia reaches 100 Million Dollars, which makes Turkish government, the biggest foreign investor. Though, Turkish-Somalia relationship traces back to the Ottoman Empire, but President Erdogan, formerly Prime Minister of Turkey’s visit expedited and invigorated their brotherly and sisterly relationship.

Somalia, as a country ravaged by war, crippled by conflicts, bestrode by internecine inter-clans, and intra-clan-conflicts, is currently recuperating, and bouncing back the legacy of the civil war in 1991.

Though, Somalia is trying to leapfrog its past misfortunes, and bootstrap, but there is a conspicuous fragility when it comes to the security, and the politics. Because, Somalia has taken a federal system in 2004 in order to hammer out and deplete the long-standing vendetta among the community, yet that goal was not achieved so far, and federalism diluted and dwindled the unity, and the solidarity among the society which makes the situation blowback.

Because, Somalia’s federalism is still amorphous and bleak, and every time, there is a rift among the federal government, and her peripherals based on the interpretations of the notorious provisional constitution, and the insatiable desires, and the unfathomable claims among each other. And this political volatility led Somalia to become susceptible for any meddling from the exogenous.

For instance, when a new political disagreement among the federal government, and the states erupt, the neighboring countries, and the Gulf-countries support differently. In this regard, Somalia’s upcoming election will encounter a blatant intervention from the aforementioned countries. The former prime minister of Somalia his Excellency Abdiweli, aka Gaas told one of the Somali televisions that, “some of the Gulf-states are supporting to specific candidates for the upcoming election in Somalia which is totally disaster”.