Home NEWS There are a number of shortcomings in France over plans to use...
Facebook
Twitter
WhatsApp
Linkedin
LINE 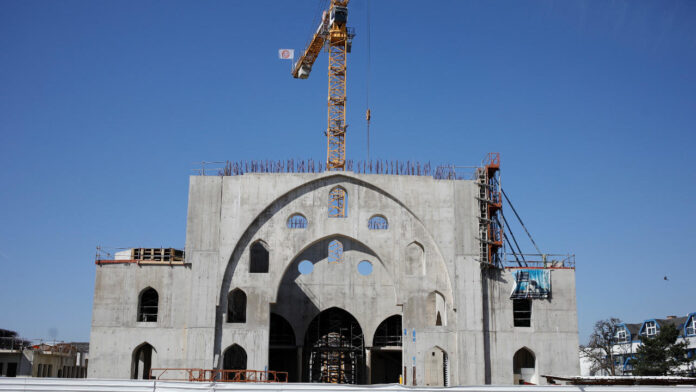 A row has broken out in France over plans to build a mosque in Strasbourg, where the Interior Ministry on Wednesday accused the municipal authorities there of using public funds to finance “foreign interference” on French soil.

While President Emmanuel Macron wants to crack down on Islamic extremism, which he blames for a series of deadly terrorist attacks in France since 2015, the planned mosque in the eastern French city has been in the government’s crosshairs as it is backed by a leading Turk. Muslim group.

On Monday, municipal officials in Strasbourg, run by a green mayor, approved a € 2.5 million (almost $ 3 million) grant to the Milli Gorus Islamic Confederation (CMIG), a pan-European movement for the Turkish diaspora.

But the CMIG is one of three Muslim unions in France that have refused to sign a new charter against extremism that Macron is fighting for.

Macron wants the groups to make a written commitment to renounce “political Islam” and respect French law, as he seeks to combat radical Islam, which he sees as a threat to the country’s secular system.

The government has also enacted legislation that would force Muslim groups to declare greater foreign funding and would give the state increased powers to close speeches that are deemed to spread hatred or violence.

“We believe that this association can no longer be among the representatives of Islam in France,” Interior Minister Gerald Darmanin said of the Milli Gorus group on BFM television.

“We believe that this municipality should not finance foreign interference on our land,” he added.

Macron warned of Turkish interference in France’s presidential election next year, in an interview aired on Tuesday.

Relations between France and Turkey have been marred by disputes over the conflicts in Libya, Syria and Nagorno-Karabakh and Turkish accusations of Islamophobia in France.

Darmanin said he had asked the government’s top regional representative to file an administrative court complaint to stop the subsidy.

Strasbourg Mayor Jeanne Barseghian has said the mosque project has been underway since 2017, before she was elected, and that the funds depend on Milli Gorus presenting both a solid funding plan and “a confirmation of the republic’s values.”

A CMIG official, Eyup Sahin, told AFP that his association refused to sign the charter because it had not been allowed to participate fully in its drafting.

“It was done by two or three people,” Sahin said. “If we sign a charter, it will be one that we have all worked on together.”

Darmanin will meet again in the next few days with the president of the French Council of Muslim Faith (CFCM), an umbrella group of Muslim organizations, to try to hammer out an agreement.