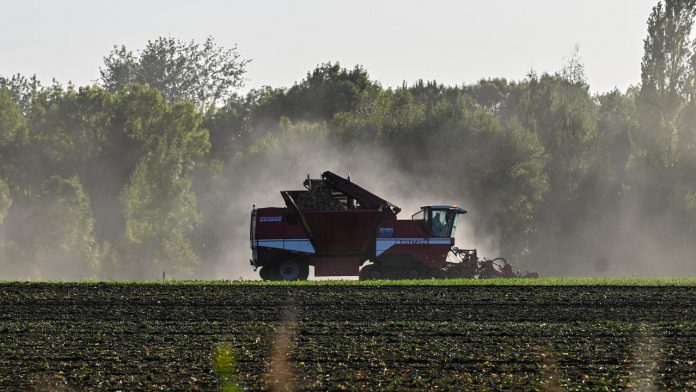 Thousands of climate negotiators have added their names to a new campaign led by Greta Thunberg, asking the European Commission to withdraw an agricultural policy that they say would make it impossible to achieve the EU’s climate goals.

Swedish climate activist Greta Thunberg has called on her supporters to sign an open letter to EU leaders after the European Parliament on Friday approved a proposal for a new cross-bloc agricultural policy.

The #WithdrawTheCAP campaign comes after Thunberg and other environmental activists called on the European Parliament to vote against the updated CAP and flood social media in the days leading up to the vote with the hashtag #VoteThisCAPDown.

Dear MEPs, your vague distant climate goals do not matter if you fail to #VoteThisCAPdown and continue to support commercial lobbying interests. This is your chance to turn empty words into action. The eyes of the next generation are on you. No more apologies. # FututreOfCAP pic.twitter.com/Z60fWqnZd0

But the new policy was adopted with an overwhelming share of the vote, and activists are now training their views on the European Commission, which has the power to withdraw the new policy and send EU officials back to the drawing board.

Environmentalists say the new CAP “promotes ecological destruction”. BirdLife’s biodiversity and bird charity have called it an “extinction machine”. Even Agriculture Commissioner Janusz Wojciechowski issued a cautious warning before the negotiations, proposing on 19 October that some of the proposals would not allow the EU to achieve its climate goals.

European finance ministers and the lobby of the agricultural industry opposed the inclusion of mandatory participation in environmental schemes in the bill, which are green agricultural projects that would receive a significant share of EU funding through the common agricultural policy. Each European country had to channel 20 percent of the money that farmers receive from the EU to these environmentally friendly projects. Campaigners say, however, that this promise does not go far enough and wants to increase the percentage of farmers’ payments that go to environmental schemes to 50 percent.

“By putting targeted environmental schemes, programs and also investments at the heart of this reform, we have secured a step towards a more sustainable and competitive agricultural sector,” said Ulrike Müller, the European Parliament’s rapporteur on CAP financing.

But the draft policy has loopholes that countries can exploit. The current policy will provide for a further two-year transition period before the new policy comes in, which means that the new ambitious environmental schemes will not be launched until 2023. Money not spent on environmentally friendly projects within a certain period of time will not be transferred, but can instead be placed in non-green projects without environmental obligations. Critics also say the CAP scales down current requirements to protect certain types of land and for farmers to keep a certain percentage of their land out of production. Greenpeace said the policy represented a “death sentence for small farms and nature”.

#CAP must play its part in tackling climate change and biodiversity loss; the current CAP has not been able to deliver this type of change. Ecochemicals and their financing are an important first step, but several steps need to be followed in agriculture and along the food chain.

However, environmental activists insist that the European Parliament’s adoption of the new agricultural policy this week has now made it impossible to achieve the EU’s goal of achieving carbon neutrality by 2050 – as described in the 2015 Paris Agreement.