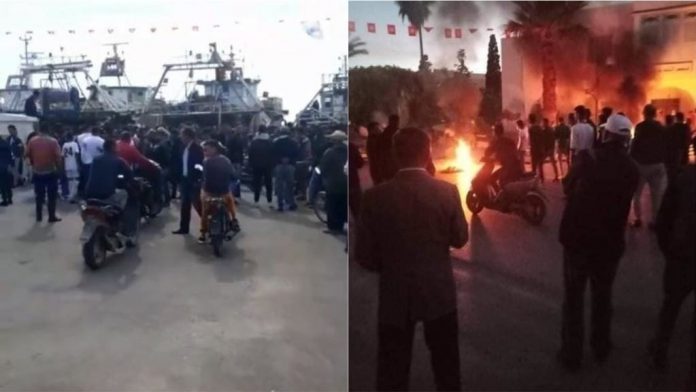 The residents of the Tunisian city of Chebba were outside themselves when the Tunisian Football Association decided on October 17 to suspend its football club. Some outraged fans actually started organizing an attempt to collectively migrate to Italy in protest – and two thousand people added their names in a protest form. The threat is largely symbolic, but can have real consequences, says our Observer.

The tension between the Tunisian Football Association (FTF) and the football club Croissant Sportif Chebba (CS Chebba) began when the club’s captains complained about what they thought were misjudgments made during a Tunisian Premier League match in September 2019.

Tensions escalated further when the FTF decided to suspend CS Chebba for the 2020-2021 season, claiming that their paperwork was still incomplete by the deadline.

Upset, CS Chebba mobilized fans to protest the decision. A general strike, with the support of city officials, began on October 19, effectively closing this small coastal town of 30,000. All entrances to the city were blocked for several days.

In the midst of the furore, a local fan club went so far as to call on supporters to collectively embark on the dangerous (and illegal) migration route to Italy in protest. They set up a tent near the entrance to the city and set up a protest. A total of two thousand people put their names down.

Some players in the club’s youth department added their names to the list on October 29, as shown in this video, which was streamed on the club’s official Facebook page: