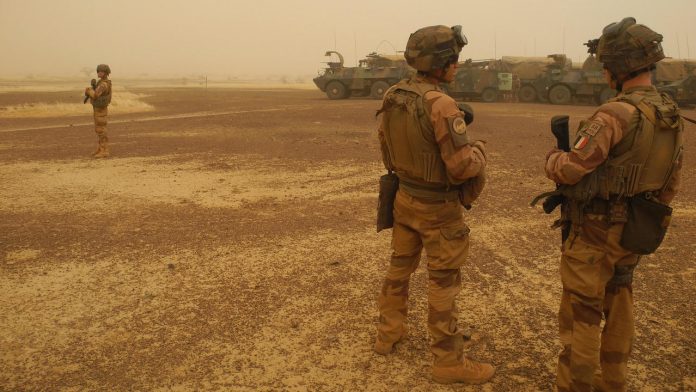 Three French soldiers were killed in Mali on Monday when their armored vehicle struck an explosive device in the Hombori region in the center of the impoverished Sahel state, the Élysée Palace said.

The deaths led to 47 French soldiers killed in Mali since France first intervened militarily in January 2013 to help drive back Islamist jihadists who had crossed parts of the West African country.

President Emmanuel Macron “greets the memory of these soldiers with the utmost respect,” the president’s office said in a statement.

Deeply saddened by the announcement of the deaths of BCH Tanerii MAURI, 1CL Dorian ISSAKHANIAN and 1CL Quentin PAUCHET, engaged in the #Barkhane operation and death in combat. Thoughts from all over the @ armeedeterre for their family, their neighbors and their # 1RCH comrades. pic.twitter.com/nA7kxCoOZq

He stressed “France’s determination to continue the fight against terrorism”, it said.