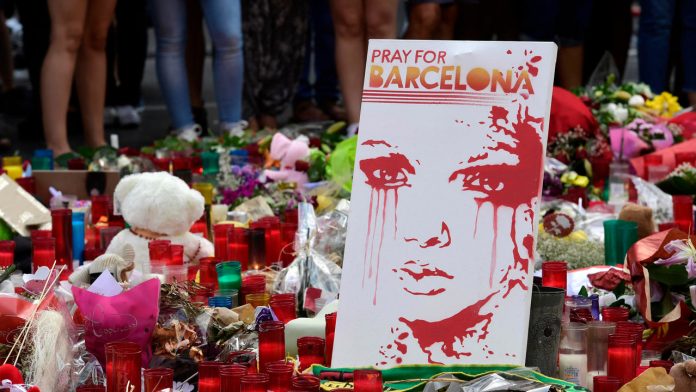 Spain’s highest court will on Tuesday begin the trial of three suspected Islamist militants linked to a 2017 attack in Barcelona that killed 16 people – Spain’s deadliest in over a decade.

A single attacker drove a rented van to crowds on Barcelona’s central boulevard Las Ramblas, killing 16 people, including two children, and injuring more than 100 people. Among those killed was a man affected by the attacker’s escape.

Prior to the attack, an unintentional explosion destroyed a house in Alcanar, southwest of Barcelona, ​​where explosives and gas containers had been stored. The blast killed the group’s suspected leader, an imam.

Two of the accused, a Spaniard and a Moroccan, are facing charges of belonging to a terrorist organization, manufacturing and storing explosives and attempting to cause extensive destruction, all of which are related to the Alcanar bombing but not directly to the Barcelona attack, according to court documents. .

Prosecutors are seeking prison sentences of 41 and 36 years for two and eight years for another Moroccan citizen accused of being a criminal. They have been in jail awaiting trial since they were arrested in 2017 in connection with the explosion.

Eulogio Paz, head of one of the victims’ associations that acts as a civil party in the trial, said on Friday that his group “will fight for a murder charge and punishment for the accused … whether they were closer or further away from the van “used in Barcelona.

They demand eternal punishment for the two main suspects.

The day after the August 17 attack, five militants drove a car into a crowd in the coastal town of Cambrils and used knives to attack spectators, killing one woman and injuring several others before being shot by police. An officer also killed the Barcelona striker a few days later.

The trial, which is expected to last until December 16, comes when various European countries increase security following the latest Islamist attacks in France and Austria.