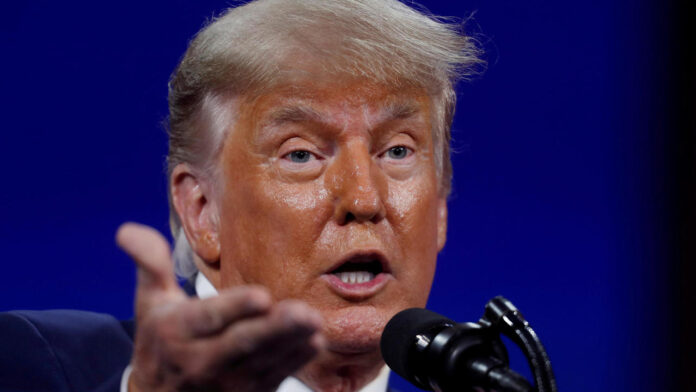 Donald Trump plans to return to social media soon with “his own platform” after being banned from Twitter and other stores, a former adviser said on Sunday.

“I think we will see President Trump return to social media in probably about two or three months,” Jason Miller told Fox News.

“It will completely redefine the game and everyone will wait and see to see exactly what President Trump does, but it will be his own platform,” said Miller, who held senior positions in both Trump presidential campaigns.

Trump’s provocative use of social media was a crucial element of his presidency, as he drew 88 million followers to Twitter and often used tweets to beat his critics or announce staff changes or significant political changes.

But Twitter permanently shut down its @realDonaldTrump account after using it to encourage people to take part in the demonstration that turned into the violent storm in the US capital on January 6.

Since leaving Washington and returning to his Mar-a-Lago vacation home in Florida, the former president has maintained a relatively low profile, largely relegated to publishing temporary press releases.

But Miller said Trump had been hard at work.

Miller did not provide any other details, nor did he say whether he will be personally involved.

Despite Trump’s defeat in November of Democrat Joe Biden, he remains influential in the Republican Party and has not ruled out a third presidential election in 2024.