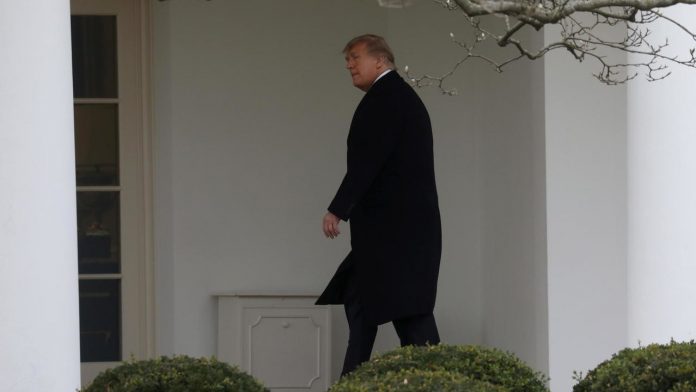 The secret taped conversation with Republican Brad Raffensperger, first reported by the Washington Post, includes threats that Raffensperger and another Georgia official could face “a major risk” if they do not comply with his request.

“The people of Georgia are angry, the people of the country are angry,” Trump was heard saying on the tape, parts of which were broadcast by CNN.

“And there is nothing wrong with saying, you know, um, that you have recalculated,” the president said. “You have lost hundreds of thousands of votes.”

Raffensperger is heard answering: “Well, Mr President, the challenge you have is that the information you have is incorrect.”

Biden won the long Republican leaning state with less than 12,000 votes – a margin unchanged after calculations and audits. None of Trump’s accusations have been supported.

Even a hypothetical turnaround there would not deprive Biden of victory.

The word about the recording came at an extraordinary time, two days before special run-off elections in Georgia that will determine control of the US Senate, and three days before Congress will certify the results of the November 3 election.

This certification, normally routine, is now being challenged by many lawmakers at Trump’s request.

Before the sound was released, Trump tweeted about the conversation, saying that Raffensperger “was reluctant or unable to answer questions such as ‘fraud under the table’ — fraud, voter destruction, state” voters, “dead voters, and more.”

Following the release, the White House declined to comment.

Democrats were quick to condemn the conversation.

“Trump’s contempt for democracy is revealed,” Representative Adam Schiff said on Twitter. “Once again. On tape.

“Pressing an election official to ‘find’ the votes so he can win is potentially criminal, and another blatant abuse of power by a corrupt man who would be a despot if we allowed him. We will not.”

Some political commentators compared the conversation to the Watergate gangs that led to the fall of President Richard Nixon.

John Dean, a White House adviser to Nixon before addressing him, told CNN that the new band was “very condemning the president.”

Trump has fought a complete battle against the election results. But scores of calculations and trials, as well as an audit of his own justice department, have failed to substantiate the allegations.

At one point, he invited Republican election officials from Michigan to the White House in a blatant attempt to pressure them over their voting certification.

Raffensperger and other election officials who have rejected Trump’s prayer in Georgia and other states have received death threats from his supporters.

It was not clear who released the tape, but under Georgia law, Raffensperger could have legally taped it without Trump’s consent.