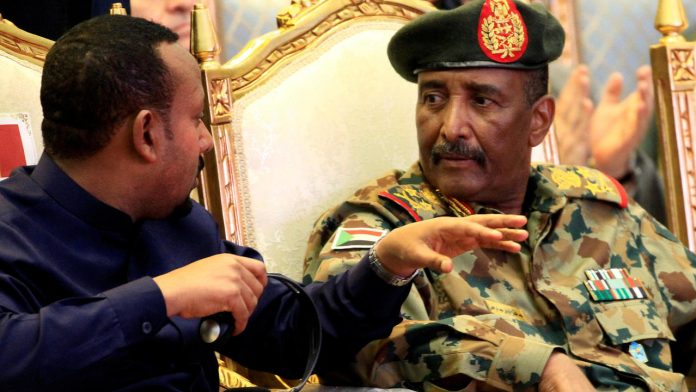 President Donald Trump announced Monday that the United States would remove Sudan from its list of state sponsors of terrorism as soon as Khartoum allocates the $ 335 million it has agreed to pay to U.S. victims of militant attacks and their families.

The agreement could also set Sudan’s steps towards establishing diplomatic relations with Israel, a US official told Reuters after similar US-brokered moves from the United Arab Emirates and Bahrain. The details were still being worked out, the source said.

Although Trump did not mention Israel in his tweet announcing the breakthrough with Sudan, rapprochement between Israel and another Arab country would give Trump a new diplomatic performance as he seeks re-election on November 3rd.

Sudan’s appointment as state sponsor of terrorism dates back to its overthrown ruler Omar al-Bashir, making it difficult for his transitional government to access urgent needs for debt relief and foreign financing.

Many in Sudan say the term, imposed in 1993 because Washington believed Bashir supported militant groups, has become obsolete since he was removed last year, and Sudan has long collaborated on counter-terrorism.

U.S. and Sudanese negotiations have focused on funds that Washington wants Khartoum to deposit in deposit to be paid to victims of al Qaeda’s attacks on U.S. embassies in Kenya and Tanzania in 1998, U.S. government sources said.

“BIG news! The new Sudanese government, making great strides, has agreed to pay $ 335 MILLION to US terror victims and families,” Trump tweeted. “Once deposited, I lift Sudan off the list of state sponsors of terrorism.”

A Sudanese government source said Khartoum was willing to pay compensation to victims at the US embassy.

“Thank you very much, President Trump!” Sudanese Prime Minister Abdalla Hamdok tweeted. “We are very much looking forward to your official announcement to Congress that repeals the designation of Sudan as a state sponsor of terrorism.”

While Trump can act alone to remove Sudan from the list, congressional legislation is needed to secure the flow of payments to embassy bomb victims and their families – and immediate action on Capitol Hill is far from certain.

Edith Bartley, spokeswoman for Americans killed in the Nairobi bombing, called on Congress to urge and say the funds would fulfill a commitment from three consecutive presidents “to condition normalization (with the United States) on compensation for survivors and families” to those who were lost because of acts of terror. “

A key point in the negotiations was Sudan’s insistence that any announcement of Khartoum’s removal was not explicitly linked to normalization with Israel. There are still differences between Sudanese political and military officials on how far to go in warming relations with Israel.

Hamdok, who has ruled the country with the military in a transition since the overthrow of Bashir, told U.S. Secretary of State Mike Pompeo in Khartoum in August that the issue of normalization should not be tied to Sudan’s removal from the terrorist list.

One possibility, a US official said, would be for Washington to leave it to Sudan and Israel to go public later, possibly in the coming days, with a deal to open up relations.

The United Arab Emirates and Bahrain in September became the first Arab states in a quarter of a century to enter into formal ties with Israel, largely forged through shared fears of Iran.

The Trump administration, which is also expected to offer financial aid, must now notify the US Congress of its intention to remove Sudan from the terror list.

A remaining obstacle is for Congress to pass legislation restoring Sudan’s sovereign immunity, a shield against future legal claims of past attacks once it pays the compensation it already owes. Sudan had lost that protection because of the terrorist designation.

Democratic Senator Bob Menendez, reiterating the concern of other lawmakers, said in a letter dated October 15 to Pompeo that “corrective action” was needed to ensure the agreement did not make it more difficult for the victims of al Qaeda’s 11. September 2001 attack to sue for damages. Sudan was accused of giving al Qaeda leaders a safe haven.