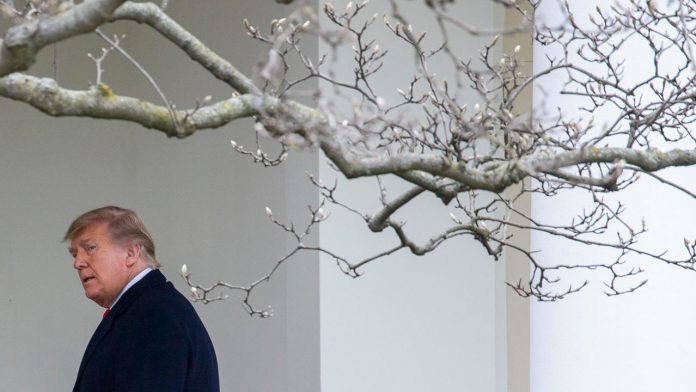 US President Donald Trump said on Friday that he would not attend the inauguration of his successor, Democratic President Joe Biden, on January 20, hours after promising a peaceful transfer of power.

It has been discussed in the White House that Trump will leave Washington on January 19, said a source familiar with the matter. He is expected to travel to his resort in Florida, the source said.

“To all those who have asked, I will not go to the inauguration on January 20,” Trump wrote on Twitter.

To all those who have asked, I will not go to the inauguration on January 20.

Trump will be the first incumbent president since Andrew Johnson to skip his successor’s oath. Traditionally, incoming and outgoing presidents of the US Capitol ride together for the ceremony, as a symbol of the country’s peaceful transition.

Trump’s comments come two days after a violent mob of his supporters occupied the Capitol for several hours as lawmakers voted in favor of Biden’s victory. Biden will be president at noon on January 20, regardless of Trump’s plans.

The decision to avoid Biden’s inauguration had been widely expected, as Trump had for several months erroneously claimed victory in the election and proclaimed baseless allegations of electoral fraud.

Vice President Mike Pence was expected to attend the inauguration. Pence spokesman Devin Malley said “Vice President Pence and the other lady have not yet made a decision on their presence.”

Biden’s transition team had no immediate comment on Trump’s announcement. But Jen Psaki, the elected president’s incumbent White House press secretary, said last month that whether Trump attended the inauguration was not intended for Biden.

On Thursday, with 12 days left in his time, Trump finally bowed to reality in the midst of growing talks about trying to force him out early, acknowledging that he would leave peacefully after Congress confirmed his defeat.

Trump led a video from the White House on Thursday condemning the violence perpetrated on his behalf a day earlier at the Capitol. Then, for the first time on camera, he acknowledged that his presidency would soon end – even though he refused to name Biden or explicitly state that he had lost.

“A new administration will be inaugurated on January 20,” Trump said in the video. “My focus now is to ensure a smooth, orderly and seamless transition of power. This moment requires healing and reconciliation. ”

The next morning, however, Trump was back to his usual division. Instead of offering condolences to the police who died from injuries sustained during the riot, Trump took to Twitter to praise the “great American patriots” who had voted for him.

“They will not be respected or treated unfairly in any way, shape or form !!!” he tweeted.

Thursday night’s address, which seemed designed to ward off talk of a forced early deportation, came at the end of a day when the corner president was out of sight in the White House. Silently on some of his favorite lines of communication on the internet, he saw the departure of several top assistants, including two cabinet secretaries.

And as officials sifted through the aftermath of the Trump crowd’s siege of the US capital, there was growing discussion about accusing him for the second time or invoking the 25th Amendment to expel him from the Oval Office.

>> After the Capitol siege, an increasingly isolated Trump faces removal