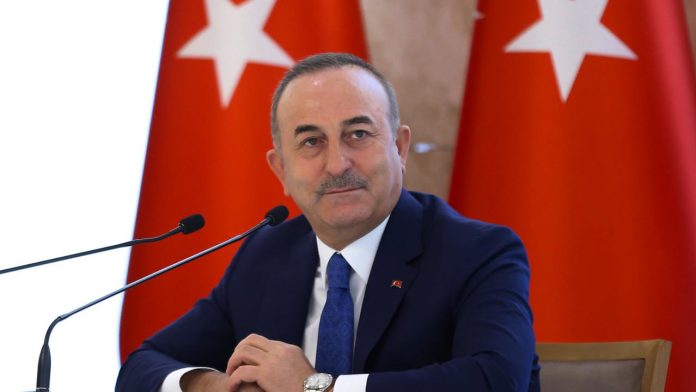 On Wednesday, Turkey lost fears that a new extradition agreement with China would lead to Ankara massively rejecting Muslim Uighurs.

About 20 Uighurs with Turkish citizenship entered the Chinese consulate in Istanbul after the Chinese parliament ratified the 2017 treaty on Saturday.

Ankara has not yet ratified the agreement, but its approval in Beijing has put Turkey’s estimated 50,000 strong Uighur community at the forefront.

Foreign Minister Mevlut Cavusoglu did not say when the Turkish parliament could debate the agreement.

But he said its approval would not mean “Turkey will release Uighurs to China”.

“So far, there have been requests for return from China related to Uighurs in Turkey. And you know that Turkey has not taken measures like this,” Cavusoglu told reporters in Ankara.

It would be “wrong and unfair to say that it is about the extradition of Uighurs. We are more sensitive to such issues than others,” he said.

Uighurs speak a Turkish language and have cultural ties with Turkey that make it a favorite destination to avoid persecution in China’s northwestern region of Xinjiang.

But news reports have accused Turkey of secretly returning Uighurs to China via third countries.

Rights activists say Xinjiang is home to a large network of out-of-court detention camps that have imprisoned at least one million people.

China says these are vocational training centers to combat extremism.

Ethnic Uighurs gathered for the ninth day on Wednesday to express their fears over the extradition treaty.

“God willing, we hope our state will not approve of that,” said Omer Farah, a Uighur of Turkish nationality who said his children were being held in China.

“But if it does, we are really worried. For China, all 50,000 Uighurs living here are criminals.”