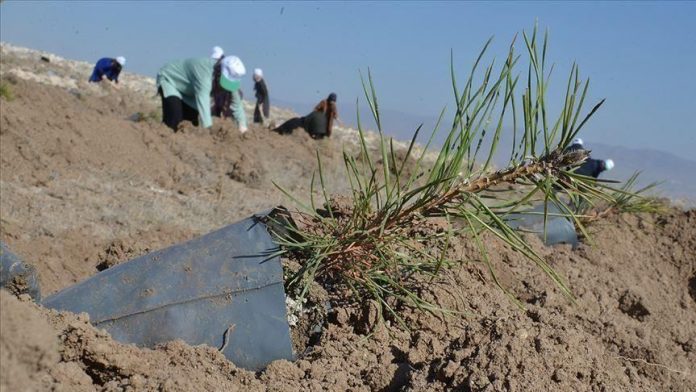 MOGADISHU, Somalia Through Turkish sponsorship, students, Turks and Somalis came out in large numbers Wednesday to mark National Forestation Day by planting trees in the capital of arid Somalia.

“We celebrated National Forestation Day in Mogadishu with the support of @tikasomalia and with the participation of Maarif Schools, Recep Tayyip Erdogan Hospital and Faculty of Health Sciences. Planted tree saplings in order to build a green future for our world,” the Turkish Embassy in Mogadishu said in a post on its Facebook page.

According to a statement by the UN, Somalia generally has an arid to semi-arid climate. Rainfall in the country is low and has high spatial and temporal variability.

The initiative by the Turkish people was aimed at rehabilitating the ecosystem to bring back the tree population in the country, where the few trees that are available have been mostly felled through deforestation for firewood, shelter and fencing.     Source:AA