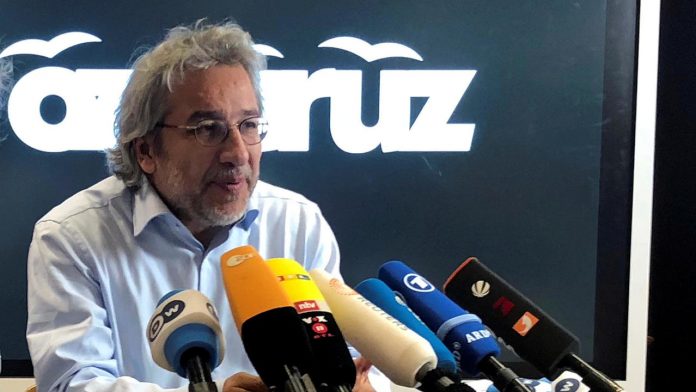 A Turkish court on Wednesday sentenced the exiled former editor-in-chief of Cumhuriyet daily to more than 27 years in prison for espionage and terrorism charges for one of the newspaper’s reputed stories.

The court found Can Dundar – who fled to Germany in 2016 – guilty in connection with an article about an alleged Turkish arms shipment to Islamist Syrian rebels fighting President Bashar al-Assad.

The Turkish government accuses the priest of arranging a 2016 coup attempt against President Recep Tayyip Erdogan.

Dundar called the verdict a political “vendetta” that Erdogan organized against him.

The Turkish leader had warned Dundar that he would “pay a high price” when the story was published along with an accompanying video of the alleged weapons supply in 2015.

“This is a political decision, a vendetta that has nothing to do with law,” Dundar told AFP by telephone from Germany.

The US-based Committee to Protect Journalists listed Turkey as one of the best prison guards after China in its annual report last week.

It was found that 37 journalists were arrested this year – less than half of the number arrested in 2016 around the coup attempt.

“What can we think of a legal system that sentences a journalist to such a heavy punishment for just doing his job?” asked Ricardo Gutierrez, head of the European Federation of Journalists.

Pauline Ades-Mevel of Reporters Without Borders (RSF) said that Dundar’s case “illustrates” the legal harassment of journalists in Turkey.

“This is a pointless and heinous decision that confirms that President Erdogan’s regime does not know how to stay in its authoritarian great power,” she said.

But Erdogan’s aide Fahrettin Altun tweeted that calling Dundar “a journalist – and his opinion, a blow to freedom of expression – is an insult to real journalists everywhere.”

Dundar’s lawyers boycotted Wednesday’s hearing because they did not think they would get a fair trial.

“These are exhibitions,” his lawyer Tora Pekin told AFP.

The hard-hitting articles of the Cumhuriyet daily newspaper have often irritated Erdogan’s government and the newspaper’s reporters have routinely gone to court.

The country’s oldest daily newspaper – which means “republic” in Turkish, was founded in 1924 and is still one of the few media outlets not controlled by government-based tycoons.

Shot outside the court

Dundar was first arrested in 2015 over the newspaper’s allegations that Turkey’s MIT intelligence service was carrying weapons to Syrian rebels in trucks packed with boxes marked with medical equipment.

He was sentenced to almost six years in May 2016 for “obtaining and disclosing classified documents related to state security” but was released pending an appeal.

The 59-year-old was shot dead by an assailant outside Istanbul’s main court during that hearing.

Dundar fled to Germany later that year and the shooter was sentenced to ten months in prison.

The Supreme Court appealed Dundar’s conviction in 2018. The court in Istanbul then began its review.

“Instead of supporting his crime, our counterparts should extradite him to Turkey,” Erdogan tweeted.

A court ordered the seizure of his property and froze his Turkish bank accounts in October.