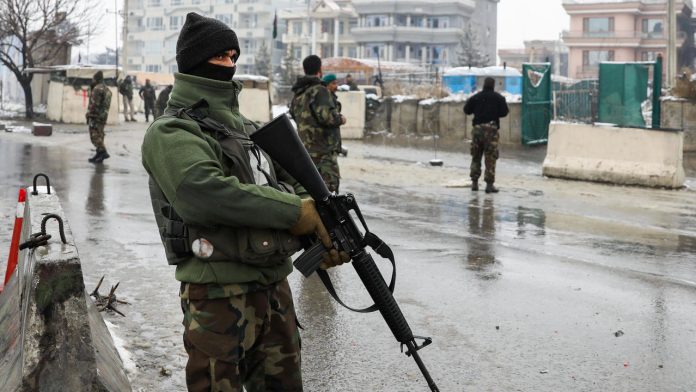 The shooter killed two Afghan female judges who worked for the Supreme Court during an early morning ambush in the country’s capital on Sunday, officials said, while a wave of murders continues to rattle the nation.

Violence has escalated throughout Afghanistan in recent months despite ongoing peace talks between the Taliban and the government – especially in Kabul, where a new trend of targeted killings targeting high-profile individuals has instilled fear in the recoverable city.

The latest attack comes just two days after the Pentagon announced that it had lowered troop levels in Afghanistan to 2,500, at least in almost two decades.

The attack on the judges occurred when they drove to their office in a court vehicle, says Ahmad Fahim Qaweem, a spokesman for the Supreme Court.

There are more than 200 female judges working for the country’s highest court, the spokesman added.

Afghanistan’s highest court was a target in February 2017 when a suicide bomber ripped through a crowd of court employees and killed at least 20 and 41 injured.

In recent months, several prominent Afghans – including politicians, journalists, activists, doctors and prosecutors – have been killed in often brutal daytime attacks in Kabul and other cities.

Afghan officials have blamed the Taliban for the attacks, a move that the rebel group has denied.

Some of these killings have been claimed by the rival jihadist Islamic group.

Earlier this month, for the first time, the US military accused the Taliban directly of organizing the attacks.

“The Taliban’s campaign of unsolicited attacks and targeted assassinations of government officials, civil society leaders and journalists must … stop for peace to succeed,” Colonel Sonny Leggett, spokesman for US forces in Afghanistan, said on Twitter.

The targeted killings have increased despite the participation of the Taliban and the Afghan government in peace talks in the Qatari capital Doha.

On Friday, the Pentagon announced that it had lowered troop levels in Afghanistan to 2,500 as part of the deal with the Taliban to withdraw all troops from the country by May 2021.

This deal was struck in exchange for security guarantees from the rebels and a commitment to peace talks with the Afghan government.