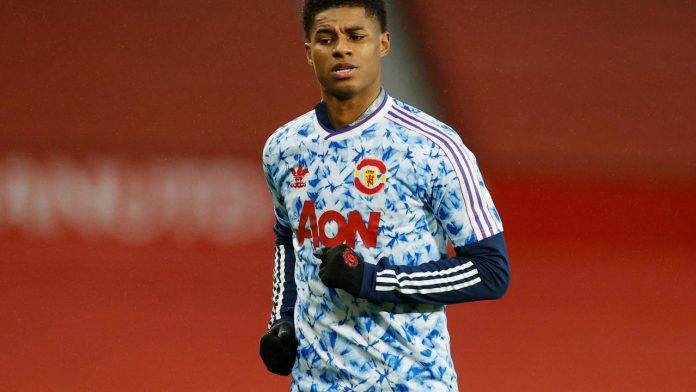 The British government on Sunday once again launched a singing campaign by Manchester United star Marcus Rashford and promised to provide free meals to poorer children during coronavirus-affected Christmas holidays and beyond.

After a turnaround already during the summer holidays, the government has lost its opposition to expanding the system during the party period, and Prime Minister Boris Johnson called Rashford on Saturday to inform him of his new spending commitment.

The 23-year-old striker got the call after playing in Manchester United’s 3-1 Premier League victory against Everton.

In a statement, Rashford said, “I had a good conversation with the Prime Minister to better understand the proposed plan, and I very much welcome the steps that have been taken to combat child food poverty in the UK.”

The footballer, who grew up poor himself, said he was “so proud” of those who had united behind his campaign on social media and promised to “fight the rest of my life” to end children’s hunger in Britain.

In recognition of his acclaimed campaign, Rashford became a member of the Order of the British Empire (MBE) on Queen Elizabeth II’s latest award list last month, and he proudly plays the title on his Twitter feed.

The economic downturn from the virus outbreak is driving more British families into poverty, leaving many unable to afford food as heating.

Poorer children are guaranteed free meals during school hours, but not during the holidays. The government had opposed issuing food stamps to time to their families and preferred to offer support through its broader benefit system.

But Rashford’s campaign has clashed with many, especially as Christmas approaches, and the government has been confronted with regular headlines accusing it of being heartless.

New funds of £ 170 million ($ 225 million) will pay for a winter grant to support families during Christmas and will be extended to cover the Easter, summer and Christmas breaks of 2021, said Labor and Pensions Secretary Therese Coffey.

“We want to make sure that vulnerable people feel cared for during this difficult time and, above all, no one should get hungry or not be able to pay their bills this winter,” she said.