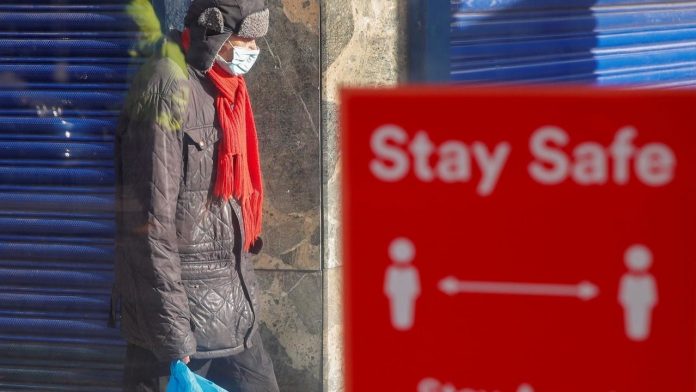 Antibodies to the new coronavirus fell sharply in the British population over the summer, a study found Tuesday suggesting that protection after infection may not last long and increase the prospect of declining immunity in society.

Researchers at Imperial College London have tracked antibody levels in the UK population following the first wave of Covid-19 infections in March and April.

Their study showed that antibody prevalence dropped from 6% of the population around the end of June to only 4.4% in September. It raises the prospect of declining population immunity in the face of another wave of infections that have forced local disruptions and restrictions in recent weeks.

Although immunity to the new coronavirus is a complex and dark area and can be assisted by T cells as well as B cells that can stimulate rapid production of antibodies after gene exposure to the virus, the researchers said the experience of other coronavirus suggested immunity is possibly not persistent.

“We can see the antibodies and we can see them drop, and we know that antibodies alone are quite protective,” Wendy Barclay, head of the Department of Infectious Diseases at Imperial College London, told reporters.

“Based on balance, I would say, with what we know for other coronaviruses, it would appear that immunity is declining at the same rate as antibodies are declining, and that this is an indication of declining immunity at the population level.”

Those whose Covid-19 was confirmed by a gold standard PCR test had a less marked decrease in antibodies compared to humans who had been asymptomatic and unaware of their original infection.

There were no changes in the levels of antibodies seen in healthcare professionals, possibly due to repeated exposure to the virus.

Imperial’s findings were released as a pre-printed paper and have not yet been peer-reviewed.

Barclay said the rapid weakening of antibodies from infection did not necessarily have implications for the efficacy of vaccine candidates currently in clinical trials.

“A good vaccine may well be better than natural immunity,” she said.