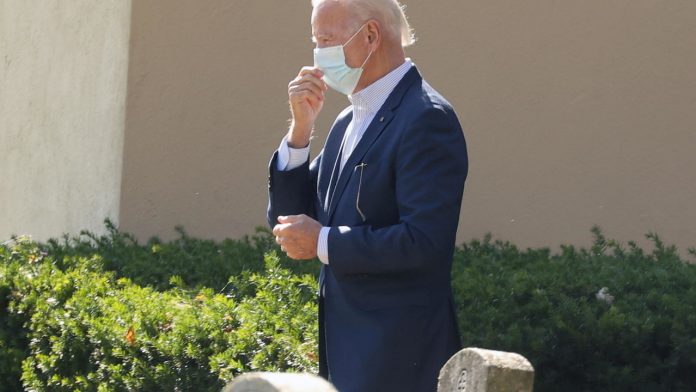 The EU will once again have a partner in the United States when Joe Biden becomes president, but Europeans should have no illusions: Washington will not be a global policeman or a great protector of NATO, say leaders and analysts.

“Great day for the United States and Europe, we look forward to working with the new administration to rebuild our partnership,” EU top diplomat Josep Borrell said in a tweet congratulating Biden on his election victory over President Donald Trump.

But Jean-Claude Juncker, the former president of the European Commission, previously offered a typically blunt assessment: “Joe Biden will not change Washington’s attitude to international affairs overnight, because he can not.”

And Sebastien Maillard, head of the Jacques Delors Institute, named after an influential former EU chief, warned that “Europeans must learn to live without American global leadership.”

“For the foreseeable future, the United States will be preoccupied with itself,” agreed German political scientist Markus Kaim.

The comments spoke with an expectation that it would not go back to seeing America as the sheriff of the West, flexing military muscles around the world in the way it did in the decades after the Cold War.

While the United States still maintains groups of aircraft carriers in various regions and bases including Europe, South Korea, Japan, Afghanistan and Bahrain, they have withdrawn from conflict zones during a trend accelerated by Trump but started by his predecessor Barack Obama.

More specifically, the last two decades have shifted much of its military focus to Asia, away from Europe.

Nathalie Tocci, head of the Italian think tank Instituto Affari Internazionali, added: “We are witnessing the end of American imperialism with the United States no longer wanting to be the world police.”

So what can Europeans expect from the new American president?

Nevertheless, a diplomat sent to Brussels warned, “you should not expect radical change”.

Europeans will “once again have a partner, an ally, but they must strengthen their strategic autonomy in the economic arena and in terms of security, in order to defend their interests,” he continued.

Jean-Dominique Giuliani, head of the Schuman Foundation, reinforced that point by saying that EU leaders must “define what they want to do with America and not just wait for it to tell them”.

“With Biden as president, the EU could expect and welcome a much more predictable and constructive relationship between the US and the EU in terms of trade, NATO, Iran, the Middle East and, above all, climate change, if the US re – enters the Paris climate agreement.” Mujtaba predicted Rahman, Head of the European Office of Eurasia Group Risk Analysis Companies.

Trade in particular is expected to flow with much less of the friction that characterized the Trump years.

Under Trump, Washington flexed its trade muscles by imposing higher tariffs on steel and aluminum, prompting Europe to prepare for a rip-off. A ceasefire was reached on the promise of a mini-trade agreement, but it has still not been realized.

When it comes to climate change, Biden has already said he wants to return the United States to the Paris climate agreement.

He has also signaled that he wants to reverse excerpts that Trump ordered for the World Health Organization and Iran’s nuclear deal.

But there are some repairs that Biden is unlikely to carry out, including the United States’ display of power to China’s self-imposed policies and its desire to reduce US involvement in conflicts far from its land.

These positions are popular at home, explained Nicole Koenig, a Berlin-based defense specialist for the Jacques Delors Institute.

What will change is the style.

“Joe Biden will inform and coordinate with his allies,” she said.

Trump’s unilateral decisions and opposition to some of the leaders of the NATO countries created tensions and divisions within the Alliance.

Its head, Jen Stoltenberg, used a lot of energy to “appease the beast”, said a diplomat.

NATO can hope for a normalization with Biden, but analysts believe that Washington will remain behind in looking for US interests.

“It will be inconvenient for Europeans,” whose NATO members are divided between a pro-Europe camp and an Atlantic one, Kaim said.

“Illusions of European strategic autonomy must end: Europeans will not be able to replace the United States’ crucial role as a security provider,” German Defense Minister Annegret Kramp-Karrenbauer warned in a statement on the Politico website.

Kaim suggested that Biden’s strategy would be to propose to Europeans “a simple division of labor: you will help us in Europe so that we can become more involved in Asia”.