Home NEWS Under Joe Biden, the United States is cooling off relations with the...
Facebook
Twitter
WhatsApp
Linkedin
LINE 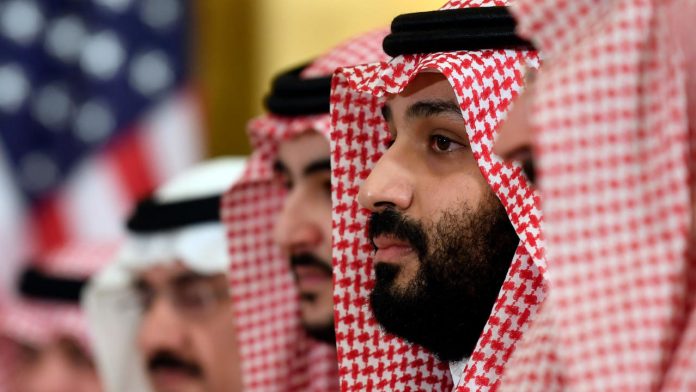 US President Joe Biden’s decision to fulfill his promise to release a CIA report on the assassination of Saudi journalist Jamal Khashoggi is no surprise to foreign policy experts. What has raised eyebrows, however, is his government’s sharp edge of Crown Prince Mohammed bin Salman, which marks the end of the Saudi heir’s privileged position under the Trump administration and one of Washington’s cozier relations in the region.

In November 2016, the month Donald Trump was elected President of the United States, a Saudi delegation of top assistants to Crown Prince Mohammed bin Salman visited New York, where they met with members of Trump’s transition team.

When they returned home, the delegation provided a slide show of their findings, obtained by the Lebanese newspaper Al Akhbar and then shared with the New York Times.

The Saudi team identified Trump’s son-in-law as the focal point of their new US diplomatic strategy. Jared Kushner – with his business opportunities, lack of Middle East experience and outstanding focus on securing Trump into a “century-old agreement” Israeli-Palestinian peace agreement – was particularly vulnerable to Riyadh’s progress. Trump’s “inner circle is primarily retailers who lack familiarity with political customs and deep institutions, and they support Jared Kushner,” the Times quoted the original Arab report as saying.

The strategy worked fantastically for the Saudis and especially for the Crown Prince, commonly known as MBS.

Two years later, when Washington Post columnist Jamal Khashoggi was assassinated at the Saudi consulate in Istanbul, it was not long before US media reports, citing CIA results, revealed that MBS had ordered the assassination.

After initially denying Khashoggi was killed at the consulate, Riyadh eventually said the assassination was a frivolous operation unrelated to MBS, the kingdom’s 35-year-old de facto ruler.

Despite complaining about the response, Trump stood by the Saudi crown prince and refused to release the CIA report, rejecting the legislature’s demand to release a declassified version.

But the window for business between Washington and Riyadh now seems to have closed.

On the president’s campaign trail, Joe Biden repeatedly promised to demand responsibility for Khashoggi’s assassination. His head of national intelligence, Avril Haines, pledged at his confirmation hearing to follow a provision in a defense bill for 2019 that required the office of the director of national intelligence to release a declassified version of the report.

During a review on Wednesday, White House spokesman Jen Psaki told reporters that Biden would only communicate with Saudi Arabia’s 85-year-old monarch, King Salman, and not his son and heir.

“We have made it clear from the beginning that we will calibrate our relationship with Saudi Arabia,” said Psaki. And “part of it is going back to the engagement of the counterparty to the equivalent.”

“The president’s equivalent is King Salman,” she added.

“It is indisputable that we are witnessing a crime with American diplomacy during the Trump era against Saudi Arabia,” said Karim Sader, a Gulf expert, in an interview with FRANCE 24. However, it is “above all a change in the attitude of one person, namely the Crown Prince. , Mohammed Bin Salman ”.

“The decision could not have been made clearer to choose King Salman as interlocutor and no longer his son, who had intimate access to the Oval Office through Trump’s son-in-law, Jared Kushner,” Sader said.

Biden’s promised recalibration of US policy in the Middle East has been rapid and in some cases crucial.

Two weeks after his inauguration, Biden announced an end to US support for Saudi Arabia’s offensive operations in Yemen’s protracted war, which the US president said had created a “humanitarian and strategic disaster”.

US Secretary of State Antony Blinken also decided to remove the Iranian-backed Houthi rebels – Saudi Arabia’s enemies in the conflict – from the US list of terrorist organizations. The last-minute blacklist of the Trump administration just days before he left office was struck by humanitarian groups, who said it would prevent the desperate need for relief shipments to Houthi-controlled areas of Yemen.

Saudi Arabia’s intervention in Yemen’s civil war began in 2015. As the world’s youngest defense minister, MBS sold the war as a swift and decisive military intervention that would wipe out the Houthis, a promise that has failed to materialize and plunged the poorest Arab nation into a humanitarian catastrophe.

Biden has “multiplied the decisions that are unfavorable to the prince and his policies,” Sader noted, calling the decision to remove the Houthis from the US anti-terrorist list “the last diplomatic gift that Donald Trump offered just before leaving power.”

‘The sugar level in the Trump years is over’

The Saudi Crown Prince is not the only player in the region who feels a chill from the results of the November presidential election.

“Elections have consequences. And nowhere are the consequences of Joe Biden’s election more worrying than in Jerusalem and Riyadh, former Foreign Ministry analyst Aaron David Miller stated in a Politico column. “Over the past week, the president has signaled to Israeli Prime Minister Benjamin Netanyahu and Saudi Crown Prince Mohammed bin Salman – the region’s two biggest egos – that the sugar level in the Trump years is over.”

Barely a week after Biden’s inauguration, Richard Mills, then acting US ambassador to the United Nations, announced the new administration’s plan to restore diplomatic relations with the Palestinian Authority, more than two years after Trump effectively ended them.

“President Biden has been clear in his intention to restore US aid programs that support economic development and humanitarian aid to the Palestinian people,” Mills told the UN Security Council, adding: “US aid benefits millions of ordinary Palestinians and helps to maintain a stable environment that benefits both Palestinians and Israelis. ”

Some of Trump’s policies toward Israel are likely to remain unchanged under the Biden administration, such as the US embassy remaining in Jerusalem and the Abrahamic agreements with Israel and the United Arab Emirates, which have been hailed as positive for economic development and security in the region by Biden’s national security advisers. Jake Sullivan.

But Biden’s renewed emphasis on the Israeli-Palestinian crisis returns to the long-standing position of the United States to demand a two-state solution and calls on Israel to refrain from expanding settlements or annexing territory. Above all, with the pandemic and economic recovery attracting much of Biden’s attention, it is likely that a reversal of the old position of putting the Israeli-Palestinian crisis on the back burner.

The end of the bromance

In many ways, Biden’s promised “recalibration” of US-Saudi relations is likely more of a return to Obama-era policies that saw a change in Washington’s oil dependence on the Gulf.

“Saudi Arabia remains a leading ally of the United States, and it is not in its interest to put an end to this alliance,” Sader said.

However, the oil-rich kingdom no longer has the same strategic significance for the United States as it did decades ago. “The United States, which has begun the development of unconventional energy, including shale gas, has reached a stage of production that allows it to free itself from dependence on Saudi oil – an addiction that was the basis of their alliance,” Sader said.

For MBS, writing has been on the wall since the election. And Sader said he has already made some concessions, including the release of a prominent Saudi feminist activist.

“The Crown Prince knows the pressure from the new administration. He has resigned from the ground on a number of issues, notably the reconciliation with Qatar and the release of Saudi human rights activist Loujain al-Hathloul,” he said.

Although relations between the United States and Saudi Arabia are not expected to change dramatically, the end of the Kushner MBS romance could be politically uncomfortable for the Saudi Crown Prince.

In 2014, Saudi security forces assembled dozens of the kingdom’s political and business elite – including a dozen princes – in an MBS-led purge that saw them virtually trapped in the Ritz Carlton Hotel in Riyadh as the country’s new de facto rulers sought to consolidate their influence. Many of the targeted were rival members of the prince’s own family.

“If he loses his American ally, Mohammed Ben Salman will lose a lot of credit internally,” Sader said, noting that the Saudi heir has “many enemies” in the kingdom, especially what he called “the conservative edge” and “all the princes he publicly has humiliated “.