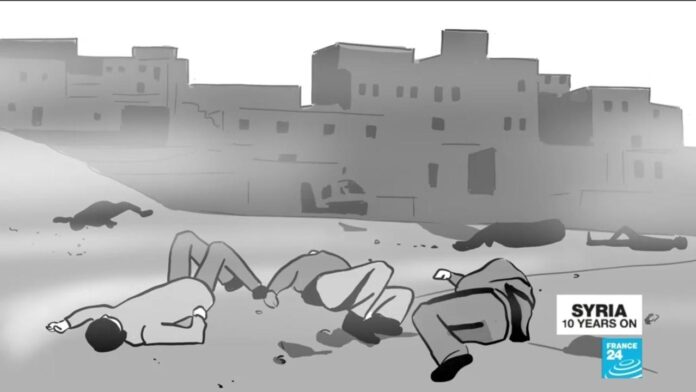 What began as a peaceful uprising against Syrian President Bashar al-Assad soon turned into a brutal civil war that draws regional powers, leaves hundreds of thousands dead and drives millions to flee. In a three-part series, FRANCE 24’s James Creedon and Antoine Mariotti take us through the most important stages of Syria’s years of destruction.

Part 1: The origin of the conflict

Inspired by the Arab Spring uprisings in neighboring countries, pro-democracy protests erupted in parts of Syria in early 2011 and soon spread across the country amid a brutal attack by the Assad regime.

The violence escalated rapidly and the country sank into a brutal civil war involving the regular army and a host of rebel groups. Western powers promised to punish the Syrian regime if it used chemical weapons, but eventually withdrew. Instead, Russia and Iran were firmly on Assad’s side, making the tide in his favor.

Part 2: Bashar al-Assad, the survivor of the Arab Spring

A future ophthalmologist who once avoided the limelight, Bashar was an unlikely candidate for Syrian strongman – until his older brother and father killed him to the top of the Assad dynasty.

The mild-mannered Syrian leader had tried to approach the West before the Arab Spring uprisings, especially visiting Paris just months before the 2011 uprising. But violence against protesters and subsequent civil war would cement his reputation as a brutal dictator. Ten years later, Assad is once again in control of much of Syria, albeit under the guidance of his foreign sponsor.

Diplomats have described the Syrian strongman as a puppet on two strings, one Russian and the other Iranian. Without these two strings, there is little doubt that the Assad regime would have collapsed during the conflict. Both Moscow and Tehran continue to exercise great influence in Damascus, and neither of them appears to be abandoning the Syrian regime.

Assad’s opponents also benefited from foreign support during the war, especially at the beginning of the conflict, when Turkey and the Gulf states financed and armed various rebel groups. Western powers also helped train and equip the rebel camp, although their support ended when Islamist groups came to dominate the field. Thereafter, the Western world focused its efforts on the fight against the Islamic State (IS) group and threw its support behind Kurdish-led forces fighting the jihadists.